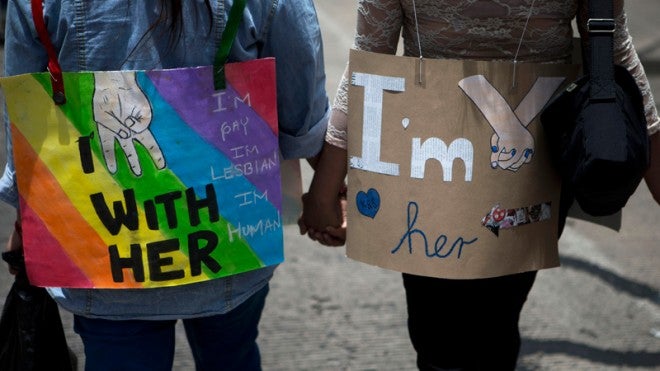 UNITED NATIONS — The United Nations is recognizing the gay marriages of all its staffers, U.N. Secretary-General Ban Ki-moon announced Monday.

Previously, the United Nations only recognized the unions of staffers who came from countries where gay marriage is legal, U.N. deputy spokesman Farhan Haq said.

“This is a step forward that many of the staffers at the United Nations had been seeking for some time,” Haq said.

The new policy became effective June 26, and will impact the U.N.’s approximately 43,000 employees worldwide. Employees of separate U.N. agencies, such as the children’s agency UNICEF and the U.N. cultural agency UNESCO, are not affected by the change in policy, Haq said.

According to the Pew Research Center, gay marriage is legal in 18 countries, plus parts of the United States and Mexico. But prejudice remains deep in many countries. An extreme case is Uganda, which in February passed a law making gay sex punishable by a life sentence.