Public attorney says school execs should be liable for hazing 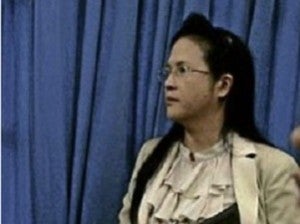 MANILA, Philippines—The chief of the Public Attorney’s Office called for stricter implementation of the anti-hazing law, saying school officials should be held accountable for the death or injury of their students in violent fraternity initiation rites, as in recent cases at the De La Salle University-College of Saint Benilde and the University of the Philippines in Diliman.

Persida Acosta, head of the justice department’s Public Attorney’s Office, said Saturday that Republic Act 8049, or the Anti-Hazing Law of 1995, has not been implemented as it should be, allowing violence to run unabated in the initiation of fraternity neophytes.

Echoing calls in Congress and among college students, Acosta said the law should be reviewed and amended to include harsher penalties on school authorities under whose watch hazing occur.

“Schools have student affairs offices. They should have control and supervision of their students. If nobody supervises initiation rites, the students become loose cannons, especially when they are already inebriated,” Acosta said.

The anti-hazing law allows initiation rites of school organizations if given written notice by school authorities and under the supervision of two school representatives.

The law penalizes fraternity leaders, members and school authorities in case violent hazing rites occur, but Acosta laments that such provision has not really been enforced.

“It (hazing) keeps on happening again and again,” Acosta said.

Family of UP hazing victim to take frat to court