MANILA, Philippines—All the way to the President, those responsible for the implementation of the nullified Disbursement Acceleration Program (DAP) are liable for graft.

Lawyer Harry Roque said this on Wednesday as he and other petitioners pressed for the criminal liability of officials involved in the so-called “presidential pork barrel” from birth to implementation.

Citing “damage done to the government” as the DAP constituted an unauthorized release of funds deemed illegal under the anti-graft law, Roque said all officials responsible for the program should be held accountable, from the President to the senators who allocated the releases.

“It should be everyone, from who developed the policy to the ones who authorized the release of the money and to those who received them and actually disbursed them. Even if it went to a government project, because it was done in a manner contrary to the Constitution, there is damage done to the government,” said Roque in an interview.

“If it can be proven that it was the President who ordered this policy to be implemented, then criminal liability attaches to the President,” said the lawyer, who represented losing senatorial aspirant Greco Belgica in one of nine petitions that sought the nullification of the DAP.

He acknowledged that Aquino was “immune from suit” while in office. 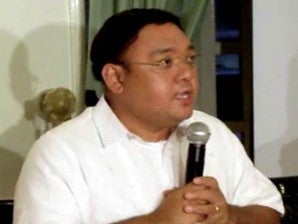 “But after two years (by 2016), he can be prosecuted basically for graft, if it can be shown that he was the one who authorized the implementation of this program,” said Roque on the sidelines of a press conference in Manila.

The Supreme Court on Tuesday declared acts under the DAP unconstitutional, particularly the substance of Belgica’s petition: the re-appropriation of funds from Malacañang’s savings to agencies outside the executive branch and the realignment of unutilized funds for other purposes without certification from the treasury.

The program, which Malacañang discontinued at the height of questions on its legality, first came to light through Sen.  Jose “Jinggoy” Estrada, now detained on plunder and graft charges in connection with the misuse of his Priority Development Assistance Fund (PDAF), a pork barrel.

After he was implicated in the P10-billion pork barrel scam, Estrada said in a privilege speech in 2013 that DAP funds were released to senators in exchange for their votes for the conviction of then Chief Justice Renato Corona in 2012. Corona was impeached for mis-declarations in his statement of assets, liabilities and net worth.

While other petitioners called the Supreme Court decision a “partial” success, Roque said it was a “complete victory” as the ruling nullified “all of the features of the DAP that we impugn.”

“Now we think that with this decision, we have strengthened the system of check and balance. It says in the Constitution that it is only Congress that can come up with how taxpayers money should be spent and that the executive should implement to the letter,” Roque said.

He said recipients of DAP funds, including the senators, could not claim lack of knowledge about the nature of the program and must return the disbursed amounts even if they could not account for where the amounts went.

“In the first place, the law does not require that they know it. The question is ‘was there prejudice to the government?’ Even if they can account for it, because it was an illegal expenditure, they have to return the money,” Roque said.

“They cannot claim that it was rightfully spent because the process of disbursement was illegal. So, what they should do is return the money,” he said.

“Money spent through DAP has to be returned… It’s time for government to make things right. Admit to the fault, release documents and an investigation report, return what was stolen and hold criminals accountable,” Belgica said.