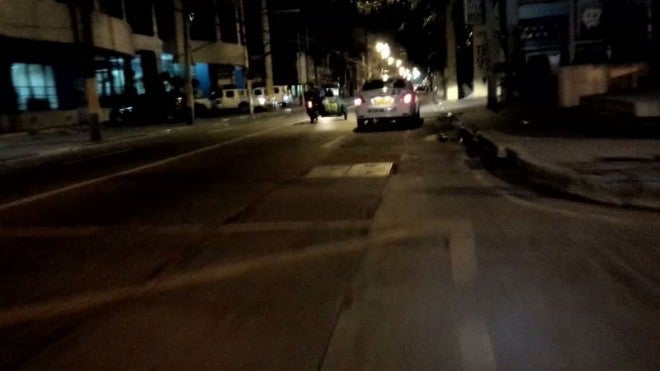 Senior Superintendent Manuel Lukban, Makati police chief, has admitted that his men have been having difficulty preventing robberies along Chino Roces Avenue because criminals have managed to outwit policemen.

“This is our predicament. The robbers can study our movements because our patrolling police officers can easily be identified,” Lukban told the Philippine Daily Inquirer over the phone.

“It’s our weakness. They can easily identify us,” the police chief admits.

Lukban was reacting to the series of robberies in jeepneys plying Chino Roces Avenue (Pasong Tamo), where among the latest victims was Kenneth del Rosario, a special features writer of the Philippine Daily Inquirer.

“It’s impossible to have our policemen posted in every corner of the road,” Lukban said in a phone interview.

Del Rosario said he saw how dangerous Chino Roces Avenue in Makati could be for commuters as robberies along that street have become rampant and brazen.

In two incidents happening two days apart, he fell victim to a robbery hold-up in a jeepney  and then witnessed a robber stab a resisting victim with an ice pick.

In a jeepney going to the MRT station in Magallanes on June 25 at 3:30 p.m., Del Rosario said he and another passenger were held up by two robbers armed with ice picks.

When the jeepney got past Waltermart Makati by several meters, he said one of the robbers commanded him to give him his valuables and calmly uttered to him “Subukan mong sumigaw, papatayin kita (You scream, I’ll kill you)” while pressing an ice pick against his abdomen.

For fear of his life, he did what he was told by the robber, a big man standing almost 6-feet tall, he said.

“In retrospect, I realized there were no police officers, not even traffic enforcers, in sight during the time when I was screaming for help,” Del Rosario said.

Two days later on Friday, past 7 p.m., on a jeepney traveling the same road, Del Rosario witnessed another incident in another jeepney.

He said he saw a robber stab a passenger in his attempt to snatch away the victim’s bag.

The male jeepney passenger tried to evade the robber’s blows by shielding himself with his legs.

The robber managed to take away his valuables, leaving him inside the jeepney bleeding.

Del Rosario said what was common between the two incidents was the presence of a motorcycle parked where they had declared a hold-up, waiting for the robbers.

From his recollection, the motorcycle used in the Tuesday and Friday appeared one and the same.

Lukban said a getaway motorcycle has always been part of the modus operandi of the robbers on Pasong Tamo.

“They use this to easily move and escape policemen,” Lukban said.

The Makati police chief said four police substations have been ensuring the peace and order along Chino Roces Avenue, but the robbers knew who the cops were and their movements.

“It’s our weakness. They can easily identify us,” Lukban said.

Fully knowing this, Lukban said the commuters should be extra cautious in using their mobile phones inside the jeepneys.

“Showing them off and using them for calls and texts in public attract the crime. The robberies might be somehow lessened if commuters would be careful in using their gadgets inside the jeepneys,” Lukban said.

The police chief added, “It’s impossible to have our policemen posted on every road corner.”

‘No vaccine, no work’ may change soon, says DOLE chief