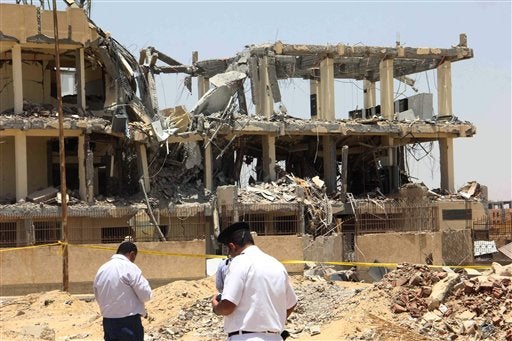 CAIRO – An Egyptian police colonel was killed and several policemen wounded on Monday when a bomb they were trying to defuse near the presidential palace in Cairo exploded, the interior ministry said.

Police officials had earlier said two bombs exploded, but the ministry clarified in a statement that only one device went off as bomb disposal experts were trying to defuse it.

The explosion occurred several days after Islamist militants warned they had planted explosives near the presidential palace.

It also came almost a year to the day that the military toppled Islamist president Mohamed Morsi on July 3, unleashing an extensive crackdown on his supporters and setting off a deadly militant campaign.

It was not immediately clear if President Abdel Fattah al-Sisi, the former army chief who led Morsi’s ouster, was at the palace at the time of explosion.

Police officials had said a first bomb wounded three street cleaners, and that a second killed the police colonel and wounded three officers.