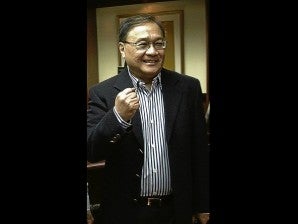 It’s not turning public hospitals private but making them “leaner and meaner.”

The Makati Medical Center Foundation (MMCF), Department of Health (DOH) and the Baguio General Hospital and Medical Center (BGHMC) signed on Friday a pact to boost the operation of the government-run hospital through “organizational strengthening.”

This year, the MMCF set its eyes on the BGHMC after helping fix up the Armed Forces of the Philippines Medical Center and the Rizal Medical Center in previous years under the public-private partnership (PPP) program.

In a message at the signing of the memorandum of agreement at the Ramon Cojuangco building in Makati City, MMCF president Victor Gisbert noted that the Baguio hospital served patients from across the Cordillera, Ilocos, Cagayan and Central Luzon regions and was therefore prone to being “jampacked.”

Gisbert said the foundation could teach the Baguio hospital how to make its systems more efficient, such as in equipment procurement and in handling the most number of patients in the shortest time, under MMCF’s mission of “fixing [hospital] systems to make them leaner and meaner.”

The signing was attended by MMCF officials led by chair Manuel V. Pangilinan, trustees who included Inquirer chair Marixi R. Prieto, and representatives from the DOH and BGHMC.

He confirmed the “large catchment area” of the hospital, resulting in around 40,000 inpatients and 288,000 outpatients a year.

“We have a 500-bed capacity, but our occupancy is 120 percent. It’s always at overcapacity,” Runez said. “While the number of our patients increase, we also need to improve our services.”

Pangilinan, in his message, described MMCF’s mission as that of boosting the “software of hospital management.”

He said the Makati Medical Center (MMC) could extend to its partner hospitals its purchasing discount with the Metro Pacific group of companies.

“When we did the foundation, [Pangilinan] didn’t want a foundation just giving money away. He wanted to impart knowledge to make a hospital efficient and maximize the limited resources available,” MMC president Rosemarie Montenegro said in an interview on the sidelines of the MOA signing.

“When we build a partnership with [public hospitals], while we may also donate, what we give is training in hospital management and organization. We teach them how to deliver better, more efficient and convenient services. We teach them about supply and purchasing, about financial management,” Montenegro said.

She said the “knowledge transfer” usually occurs over a year, and then the MMCF leaves the public hospital to stand on its own, with its improved systems.

“We don’t buy into them,” she clarified. “In every hospital we go to, there will be rumors we’re privatizing it. We don’t. We walk away after a year. This is how we want the foundation to function,” Montenegro said.

Health Undersecretary Teodoro Herbosa, in his message at the signing, noted that public-private partnerships were a way to attain universal, affordable, quality health care.

“Our public health system was created in the 1950s or ’60s, when the population was only around 35 million. Definitely, you can’t put the 100 million we now have to care for under that system,” Herbosa said.

“There is no choice but to turn to PPP to rapidly expand health care delivery,” he added.