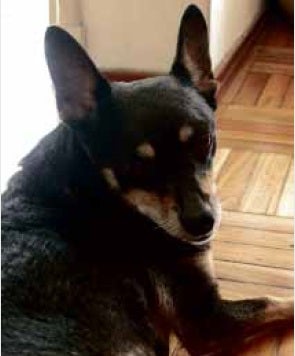 THE SUBJECT of Malabon’s “pet legislation”

MANILA, Philippines–Starting next month, the number of dogs Malabon residents can own will be limited to four unless they can prove that they are capable of caring for more.

At the same time, the city government laid down strict rules for dog owners who face either a fine or imprisonment should they violate any of provisions in Ordinance 03-2014 passed recently by the city council and approved earlier this month by Mayor Antolin Oreta III.

Titled “An Ordinance regulating the ownership of dogs, prescribing rules and guidelines for their proper care and keeping and providing penalties for violation thereof,” it supplements another ordinance passed in 2003 which bans stray dogs in the city in addition to national laws such as the Anti-Rabies Act of 2007 and the Animal Welfare Act of 1998.

“To help maintain the general cleanliness in the City of Malabon, it is therefore necessary to regulate the ownership of dogs to help instill discipline among city residents for responsible pet ownership,” it said.

The ordinance requires dog owners, whether they are residents or institutions, to provide proper care to their dogs. If they are unable to do so, they will be encouraged to donate, sell or give it to another person capable of looking after it.

Owners should also register their dogs with the City Health Department’s Veterinary Services for a fee of P100, renewable yearly, and provide them with antirabies vaccine. For those who have had their pets spayed or neutered, they will be a given 25 percent discount on the registration fee.

“It shall be unlawful for any person to keep an unregistered, unvaccinated and unsecured dog within the territorial jurisdiction of Malabon City. All dogs three months old or above shall be registered and vaccinated against rabies,” the ordinance read.

It also requires that the dogs stay within the premises of their owners’ house. If they are being taken out of the house, they should be placed on a leash and their owners will be responsible for cleaning up their waste.

“Dogs found outside the owner’s place or premises and no longer under the owner’s effective control are considered stray dogs; and stray dogs shall immediately be secured for impounding at the Malabon City Pound,” it added.

Owners can claim their pets during weekdays after paying a fine, in addition to the P500 impounding fee and a P25 sustenance and care fee for every day the dog spends in the facility until its release.

Should the dog remain unclaimed after seven days, the ordinance requires the city government to put up the animal for adoption. Failing this, the dog can be euthanized using a “humane method.”

Finally, the ordinance puts the burden of responsibility for damage or injury caused by dogs on its owners.

Violation of any of the provisions of the ordinance can lead to a fine of P1,000 for the first offense, P1,500 for the second offense and P2,000 for the third and subsequent offenses. Violators may also be sentenced to jail for up to a month.

At present, the ordinance applies only to pet dogs but it will be reviewed after four years to expand its scope to include other common pets in the registration and vaccination scheme.

Read Next
‘No clearance, no work’ rule pushed for utility firms operating in QC
EDITORS' PICK
New Year, New Rediscoveries
Acer Philippines welcomes you to its first flagship store
Is your company a growth champion? Stand up and be recognized!
4 senators want military, cops off UP campuses
PUP accord with DND also faces termination
Joe Biden sworn in as 46th U.S. president, urges end to ‘uncivil war’
MOST READ
Trump’s parting gifts to Biden: Roaring stocks, a weaker dollar, tons of debt
Biden says Trump wrote him ‘very generous letter’
Dacera case: Sinas orders relief of Makati’s top cop, medicolegal officer
A shade at Roque? Vice asserts being a comedian, not a clown
Don't miss out on the latest news and information.