DENR cracks down on wildlife smuggling 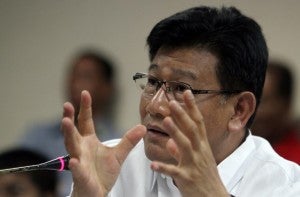 MANILA, Philippines—The Department of Environment and Natural Resources will be taking a more aggressive stance against poaching and smuggling of wildlife, a year after the country destroyed its stockpile of confiscated elephant tusks to support the international campaign against the illegal wildlife trade.

Environment Secretary Ramon Paje said the country will be working closely with the international community in going after violators of serious wildlife crimes.

“Exactly one year ago, or on June 21, 2013, the Philippines crushed several tons of seized ivory that led other countries like the United States and China to follow suit,” Paje said in a statement.

In June 2013, the Philippines became the first non-African country to destroy its five-ton stockpile of ivory stocks.

The United States followed suit in November when it pulverized a six-ton pile of contraband ivory in Colorado.

After the destruction of the country’s ivory stockpile, the DENR organized the interagency Philippine Operations Group on Ivory.