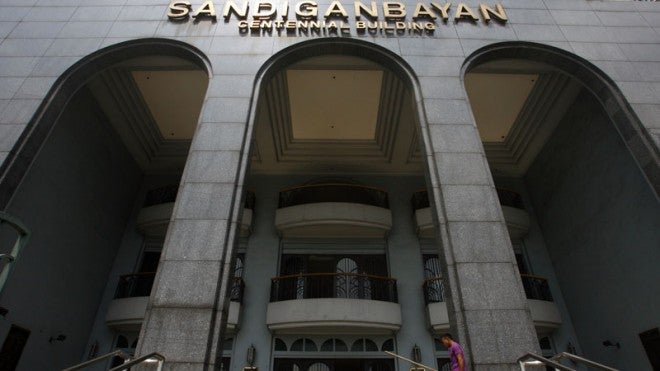 MANILA, Philippines – The Judicial and Bar Council (JBC) tossed back to Malacañang the shortlist of nominees to fill up the vacant post in the Sandiganbayan.

In a letter to Executive Secretary Pacquito Ochoa, Chief Justice Maria Lourdes Sereno said the JBC has accomplished its task of recommending the nominees.

She said they could not see anything under the Constitution authorizing them to look at the same list of nominees again after it has been returned to the Office of the President.

“We do not read anything in the Constitution that authorizes the JBC, once it submits a list of recommendees to revisit the same even under changed circumstances,” Sereno, chairperson of the JBC said. The JBC is tasked, under the Constitution to screen nominees for vacancies in the Judiciary and the Office of the Ombudsman. The list will then be transmitted to the Office of the President who has 90 days from submission of the list.

Sereno issued the letter after Malacañang returned the shortlist of nominees to the JBC, almost four months after it transmitted the list to the Palace.

“On 28 February, the JBC officially transmitted to the Office of the President the list of recommendees for the position of Associate Justice vice the Honorable Justice Amparo Cabotaje-Tang, through appropriate channels. We are returning that same list to you,” Sereno said.

Due to the delay in the appointment, hearing on the motions filed by Senator Jose “Jinggoy” Estrada in connection with the pork barrel scam was moved to Friday afternoon. Associate Justice Alex Quiroz, a member of the third division was also assigned to substitute for the vacant post in the fifth division. The Third Division is handling the case against Senator Juan Ponce Enrile while the fifth division is handling the case against Estrada.