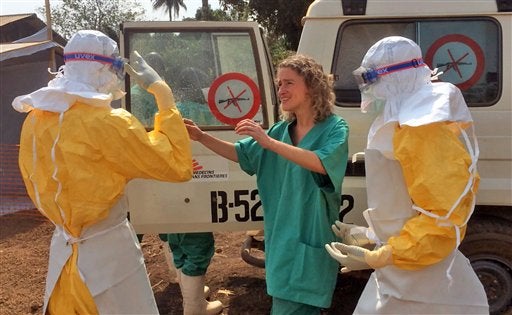 DAKAR, Senegal — The World Health Organization says Ebola is continuing to spread in three West African countries and the death toll in the outbreak has risen to more than 330.

Health officials have struggled to contain the outbreak, which is believed to have begun in Guinea, where the majority of the cases and deaths have been. It has also touched Sierra Leone and Liberia, where it recently flared again after about two months with no new cases.

The UN health agency said on its website Wednesday that more than 500 suspected or confirmed cases of the virus have been recorded. It said 337 people have died.

Ebola outbreaks are unusual for West Africa and fear of the disease, which has no cure, has hampered efforts to isolate the sick.