On Monday’s regular session, the Quezon City councilors on third and final reading authorized the mayor to exercise full supervision and control over the city’s 142 barangays in times of disaster and other forms of emergency to speed up rescue, relief and recovery operations.

The ordinance has to be signed into law by Quezon City Mayor Herbert Bautista and published in a newspaper of general circulation before it takes effect. 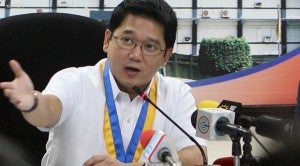 In the measure, the councilors noted that the city mayor has limited authority over barangays, which enjoy autonomy to enable them to be self-reliant communities.

They said, “It has been observed that during the height of calamities or emergency, especially when there are several people or barangays affected, the city government is experiencing difficulty in mobilizing the needed people and in responding quickly and efficiently due to limited personnel, resources, equipment and facilities.”

The council resolved that to accelerate relief, clearing and recovery operations in the height of calamities, all barangays must be placed under the full control and supervision of the mayor as the city’s chief executive and head of the local disaster risk reduction and management council.

Under the ordinance, the mayor will be authorized to mobilize all barangay officials and personnel to beef up the city’s manpower; use barangay facilities, equipment, gadgets, and motor vehicles; and call on barangay public safety officers to maintain peace and order.

The mayor may also establish better coordination among barangays to ensure quick response and is empowered to perform other functions to speed up rescue, clearing, relief and recovery operations.

According to the measure, “The powers provided may be exercised by the city mayor only within a period of 3 months from the occurrence of the calamity,” and the city’s chief executive is tasked to report to the local council the extent of relief and rescue operations undertaken two weeks after the emergency has ceased.

The ordinance provides a penal clause where violators will face administrative sanctions, fines of up to P5,000 and even imprisonment for a year.