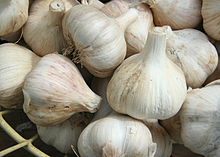 MANILA, Philippines–Garlic is now retailed at more than P300 a kilo. Prices of ginger have also gone up, causing households to cut down on the use of these condiments. As for rice, it now costs P2 more a kilo.

In an effort to temper the price spike, at least in Metro Manila, the Department of Agriculture (DA) has arranged sorties of rolling trucks that sell local garlic in key marketplaces.

Market monitoring by the DA showed that prices of garlic shot up to more than P300 a kilo for the imported variety and P180 per kilo for the local variety.

Agriculture Secretary Proceso Alcala has ordered an inquiry into the garlic price spike, hinting that this could be the handiwork of unscrupulous traders.

Based on DA monitoring, in the first quarter of 2014 alone, garlic prices rocketed by 213 percent—or more than thrice—“due to a lower supply of imported garlic and a higher demand from traders.”

Malacañang said the government was “exerting all efforts” to ensure the stable supply of rice, garlic and ginger amid the “unusual” spike in prices.

“Surveillance is being carried out to discourage hoarding and other practices that could lead to an artificial shortage,” Communications Secretary Herminio Coloma Jr. said at a press conference.

Coloma said those behind the artificial shortage of these commodities would be made accountable.

The DA is considering a second and possibly third batch of garlic importation to bridge the supply gap.

On a monthly basis, garlic consumption is about 11,700 tons. But according to the DA, local growers have so far produced just over 10,000 tons.

He said that there was only one crop cycle each year for garlic, which takes about five months from planting to harvest.

In a meeting held last week, the National Garlic Action Team—where both the private sector and the government were represented—proposed the approval of 932 permits for the importation of garlic.

At 50 tons for each permit, this means total shipments of 46,500 tons. If given the go-ahead, this would be the second importation this year following the 29,000 tons that arrived last April.

Palad said that a third batch of importation later this year was possible because the planned second batch represented just about half of the supply deficit.

Jebsam Butlig, a garlic trader, said the supply in Metro Manila was not enough. But because of high prices, garlic has been difficult to sell, he said.

“So, in order for it to move, traders and retailers usually reduce the price by P10 a kilogram and if it moves fast, the price will increase again,” he said.

In Ilocos Norte, provincial agriculturist Norma Lagmay said there could be an “artificial shortage” created by big-time players in the industry.

She said the increase came at a time when almost all garlic growers had nothing left to sell, except for their personal consumption and for planting purposes.

From the average farm-gate price of P69.25 in 2013, retail price of garlic in Ilocos Norte reached P139.55 a kg this year, provincial DA records showed.

“We are happy to know that garlic price is increasing but at the same time we sympathize with consumers who buy expensive garlic. We have nothing left to spare,” said Wilfredo Valdez, president of the Vegetable Growers Association in the Ilocos region and a member of the National Garlic Action Team.

Valdez said the price increase may also be attributed to an intensified monitoring of smuggled garlic from Taiwan.

Over the years, Ilocos Norte has maintained its status as the garlic capital of the Philippines, producing about 905 tons in 2012 and more than 800 tons in 2013.

Even Sinait town, the so-called “garlic capital” in Ilocos Sur province, has only a few tons to sell.

Ines said the association would not gain much because most of its supply had been stored for the planting season starting September.

Central Luzon, where garlic is also grown, has also suffered from the lack of supply and high cost.

Andrew Villacorta, regional director of the DA, said the region was not a major garlic producer. It was only last summer that large-scale garlic planting was introduced in Nueva Ecija province, where farmers grow mostly red and white onions.

Imported garlic shipments are not released via ports in the region either, he said, noting that the imported stocks were distributed through Divisoria and Balintawak markets in Metro Manila.

Paz Mones, assistant Ilocos regional agricultural director, said during harvest in the Ilocos provinces in April and May, traders bought garlic at P90 a kg. Traders then sold these at P140 a kg. But last week, garlic prices reached up to P300 a kg.

“Prices increased when the stocks were no longer in the farmers’ hands,” she said.

The Ilocos region produces 65 to 68 percent of the country’s total garlic production. But Mones said this was only about 6,500 tons, which, she said, was not much.

In Metro Manila, the rolling stores kicked off on Saturday with two trucks loaded with three tons of garlic each, visiting the public markets of the cities of Marikina and Pasig.

The rolling stores stayed for two hours in each market, offering six kg bags at P100 to P200 a kilo, depending on the size of the bulbs.

Rolling stores were also stationed at Nepa Q Mart in Cubao, Quezon City, on Monday, and at Kamuning market yesterday.