If a body floats on the river, don’t be surprised—Isko Moreno | Inquirer News
Close
menu
search

If a body floats on the river, don’t be surprised—Isko Moreno 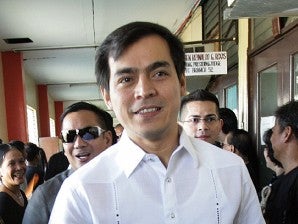 Radio hosts Vic de Leon Lima and David Oro were asking Domagoso what he and Mayor Joseph Estrada were doing over problems about motorists who waywardly parked their vehicles in street corners and undesignated areas, which cause heavy traffic.

Domagoso said he and Estrada are doing their best to remedy these perennial headaches. He said sometimes, traffic enforcers are “helpless” over some violators, hinting how they could be bribed or overpowered by influential people.

He said more often than not, the law breakers are police men themselves. He singled out a police captain who is always caught by traffic enforcers parking his car in “No Parking” areas and is never fined.  He also hinted this rogue cop is involved in collecting money from truck drivers.

Since the start of their administration, Domagoso and Estrada have been hell-bent in easing traffic in Manila.  Buses without private terminals and ten-wheeler trucks have been banned in major thoroughfares in the city. Tricycles from neighboring cities that are caught inside Manila streets are impounded.