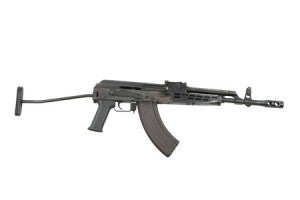 The representatives of the public order and safety committee in the House of Representatives said Crime Investigation and Detection Group (CIDG) chief Director Benjamin Magalong pre-empted the investigation by revealing to  media the list of officials he plans to charge before the Ombudsman.

Magalong in a press conference linked 19 senior police officials of facilitating the sale of some 1,004 AK-47 assault rifles to the New People’s Army (NPA) from 2011 to 2013.

These rifles worth P52 million that went missing from the PNP headquarters were said to be found with the NPA in Mindanao. Only 44 have been recovered by the police.

ACT-CIS Rep. Samuel Pagdilao, vice chair of the committee, said Magalong should have filed the case before the Ombudsman before prematurely naming the officials to media.

He said Magalong should have released the names after the filing because that means the case has probable cause.

“So prudence tells it is better to face the media if the case has already been filed and accepted at the Ombudsman or fiscal’s office. Then therefore, you have an assurance the case you filed has a basis, it has a probable cause because it was accepted,” said Pagdilao, a former CIDG director.

Pagdilao said Magalong is being unfair to the accused by releasing their names without a case. Also, Magalong would only be embarrassed if the case is junked, he added.

“Not only that you are being unfair to certain people but you also stand the risk of being embarrassed once you filed a case and it is not accepted by the fiscal or Ombudsman. That means you’re back to square one as far as your investigation is concerned,” he said.

Cebu Rep. Gwendolyn Garcia said she suspects that Magalong deliberately made the issue public to make the House committee believe him in their inquiry.

“There seems to be a deliberate attempt either to lead this committee towards the conclusions which Director Magalong’s own investigation wishes to impose upon us, or to hide other facets of an incomplete truth,” Garcia said.

Garcia said Magalong “pre-empted” the House investigation by facing the media just a day after Magalong told lawmakers the CIDG probe is not yet final.

“How else can we still objectively question them when we try to get to the bottom of this whole fiasco when the CIDG’s own investigation has pinpointed them to be the personalities culpable and responsible and must answer criminally and administratively?…  We have been pre-empted right after the hearing, less than 24 hours later by a pronouncement of a conclusion to the CIDG investigation,” she said.

“Where does that lead this committee and this hearing? It ties our hands,” Garcia said.

Negros Occidental Rep. Jeffrey Ferrer, who chairs the committee, also expressed his surprise that Magalong informed the media of the allegations when he had told the panel the investigation is not yet concluded.

“Even me, I was surprised because the news stated there is already a case against those generals. The media called me, I said there is none,” Ferrer said.

The CIDG director admitted his mistake of prematurely releasing the information. “I take full responsibility for that mistake,” Magalong said, noting that he only answered questions by the media for updates on the CIDG probe.

The House is conducting an inquiry on the alleged NPA arms deal due to a resolution filed by Pagdilao, Antipolo Rep. Romeo Acop, and Pangasinan Rep. Leopoldo Bataoil.

The panel said it would invite PNP PIO Chief Supt. Theodore Sindac to its next hearing to answer questions over Magalong’s premature statement.

According to Magalong, several PNP personnel, including Chief Supt. Raul Petransanta, the Central Luzon police director, could be held liable for the sale of the high-powered firearms to NPA rebels.

The CIDG chief, however, admitted that businessman Isidro Lozada, who he accused of facilitating the arms deal, did not directly deal with any police official. But Magalong said the firearms could not have ended up with the insurgents had the PNP officials monitored those firearms properly.

The firearms were purportedly sold to the NPA at P52,000 each.

Over 1,000 missing PNP firearms sold to NPA in Mindanao—police exec

CIDG under fire for ‘premature’ disclosure