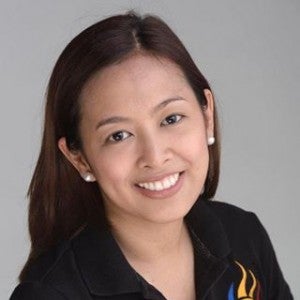 “It should be proper to inform the public that the projects funded by the Priority Development Assistance Fund (PDAF) granted to my district, including the vermiculture livelihood project that is being attacked without any basis, are apt and supportive of the public investment policies of Makati City that have become the key to the city’s development,” Representative Binay said in a privilege speech.

Abigail Binay was addressing allegations that P15 million of her 2009 pork barrel went to Gabay at Pag-Asa ng Masa Foundation (GPMF), which Caloocan Rep. Edgar Erice claimed was “one of the bogus organizations of Godofredo Roque whose operations are similar to the NGOs (nongovernment organizations) of Janet Lim-Napoles.”

GPMF is one of eight foundations that the Commission on Audit declared were bogus and controlled by a group led by Roque.

The Roque group received close to P1 billion in pork barrel funds from 47 lawmakers from 2007 to 2009.

Abigail, however, cautioned the public against making a sweeping conclusion that all projects coursed through NGOs related to Roque were misused.

“If there is an anomaly in the use of my PDAF and the funds of Makati City itself, Makati will not achieve progress and it cannot give the benefits … to residents,” Abigail said, adding:

“If there was any misuse of the PDF granted to Makati and other funds, this should have been identified by the past administration, which has been looking for any hole to remove my father, and by his present rivals who are continuing to search for things to destroy him and his chances in the 2016 elections.”

Abigail told her family’s critics that the “bond” that tied President Aquino and Vice President Binay and their respective families was “deep” and “goes beyond politics.”

Abigail criticized Erice for “reading into the records of Congress … a white paper that is completely without basis, except innuendoes and distortions of facts.”

“If Congress will give importance to all attacks spread by political rivals, we will waste all our time defending rather than … [make] laws for the good of the country. If these accusations had any basis, these should have been filed as a case in the Ombudsman,” she said.