Aquino’s poll ratings no cause for rejoicing 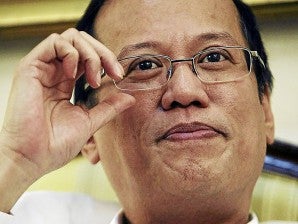 On the eve of President Benigno Aquino III’s departure for an official visit to the United States Sunday, Pulse Asia released the results of its August 20 to September 2 survey showing his performance ratings neither went up nor down.

The results brought cold comfort for the President, whose net public satisfaction ratings also plunged precipitously by 5 points to plus 46 percent from plus 51 percent in March in a survey by Social Weather Stations (SWS).

The SWS findings were more or less similar to those of Pulse Asia’s for the same period. Both showed a slump.

Pulse Asia’s results for September showing the President’s ratings were caught in a gridlock did not cause rejoicing in the administration’s camp. Nor was the pollster exuberant with its results. It was overly cautious. It equivocated, as if it were shielding the administration from a piece of bad news, by saying:

“Amid the different problems facing his administration, President Aquino continues to enjoy big majority approval trust ratings (77 percent and 75 percent, respectively). In contrast, less than one in 10 Filipinos disapproves of presidential performance (4 percent) and distrusts the President (5 percent).”

“Ambivalence toward the work done by President Aquino in the past three months is expressed by 18 percent of Filipinos while essentially the same percentage (19 percent) cannot say if they trust or distrust him.”

Here’s the giveaway of Pulse Asia’s refusal to say where the President stood as to whether he is on the way up or down. It said: “In general, these figures do not vary significantly from the national ratings obtained by the President in Pulse Asia’s May 2011 survey. While President Aquino’s overall approval and trust ratings go up by 6 and 4 percentage points, respectively, between May and August 2011, these changes fall short of being significant given the survey’s overall error margin of plus/minus 3 percentage points.”

In plain language, what Pulse Asia is telling us is: Don’t take our figures at face value, and discount the results, as they could be wrong.

The results showed that in all categories but one, Mr. Aquino scored a median grade of 80, defined as “good,” meaning that he did not score with flying colors, the top grades being “very good” (90-99) and “perfect” (100).

The exception was the issue of reducing poverty, on which his score was 75 percent (barely passing). This is the issue that is illuminated by unemployment figures that reflect the administration’s competence in economic management, in the context of Asian Development Bank’s economic outlook for 2001 report.

The report forecasts a decline of  Philippine gross domestic product of 4.7 percent and 5.1 percent for this year and the next, down respectively from April’s outlook—5 percent and 5.3 percent..

Reacting to the mediocre results in the President’s approval and trust ratings in the latest poll surveys, Malacañang gave the survey an incredible spin too far removed from the reality reported by the polls.

The President’s spokesperson Edwin Lacierda said, “The result is an affirmation that more than a year into the current administration, the people’s faith in their leadership has not wavered and has in fact become stronger.”

He added, “The message is getting across to the vast majority of Filipinos: President Aquino’s ratings are proof  that his efforts in curbing corruption and reducing poverty are truly being felt by Filipinos across all geographic and demographic strata.”

The finding that the President’s approval and trust ratings had not significantly changed sends the message that he has to lift his game in delivering economic results or shift emphasis from incantations on good governance and reducing the past administration into a carcass after raking up skeletons in the closet of its corruption scandals.

The Obama administration is not exactly tripping over to roll out a red carpet for Mr. Aquino in Washington to welcome a nonperforming head of state. Mr. Aquino’s stagnant performance rating in the opinion polls and his scant economic record are bad news to US President Barack Obama.

The US leader does not need another messenger of bad news visiting Washington as his job approval rating continues to slide over the 9.1 percent US unemployment rate and the poor performance of the economy.

In addition, 72 percent of Americans think that the country is on the wrong track—the highest percentage so far since Obama took office in 2009. Just 23 percent think the country is currently heading in the right direction, the survey showed.

Just one in four Americans thinks Obama “has made real progress fixing the economy,” with 68 percent saying they do not think he has. The economy is not the strongest suit of President Aquino. Producing martyrs who don’t deserve to be one and sloganeering on his honesty are his biggest output.