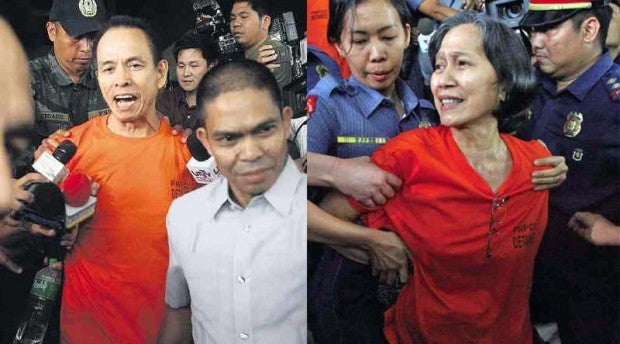 The Armed Forces of the Philippines (AFP) on Friday said the decades-old communist insurgency has been “weakened” by the arrest of Benito and Wilma Tiamzon, who are believed to have taken over the top leadership of the Communist Party of the Philippines-New People’s Army (CPP-NPA).

Still, the AFP is determining exactly how many NPA fighters are left in the field following a wave of surrenders that began after the Tiamzons’ arrest in late March. Last year, the military said there were some 4,000 communist rebels all over the country.

“The actual count is still being determined [because] a lot of those are based on previous reports. So to validate if these (4,000) are still active is a challenge,” AFP public affairs chief Lt. Col. Ramon Zagala told the Inquirer.

Nonetheless, Zagala said the AFP believes the communist insurgency has been “weakened” in general by the arrest of the Tiamzons because of the decline in “violent incidents” initiated by the NPA rebels.

“Definitely, the arrest affected the organization and we expect they further weaken,” Zagala said.

The Philippines has been fighting the communist insurgency for more than four decades, the longest-running insurgency problem in the Southeast Asian region.

In Bukidnon on Thursday, 54 communist rebels under the Front Committee 34 (FC 34) led by Embay Casal Gayaw alias “Rixan” surrendered to the 403rd Infantry Brigade in Impalambong, Malaybalay City. They also gave up their individual firearms.

The FC 34 operated in the boundaries of Agusan, Bukidnon and Davao.

“I am here to thank you for returning to the government fold and finally realizing that the armed struggle is not the solution,” AFP chief of staff Gen. Emmanuel Bautista said in a message to the returnees.

“Taking the lives of your fellow Filipinos is not the solution to resolve poverty. We all have problems to face and there are a lot of threats that will come, but I can assure you that we can overcome all of these if we will unite as Filipinos,” Bautista said.

Bautista was the architect of the government’s anti-insurgency campaign called Internal Peace and Security Plan Bayanihan, a multisectoral approach in solving the decades-old insurgency problem that is rooted in poverty and inequality.

The surrender of the FC 34 members has brought to over 200 the number of NPA rebels to surrender to the military since the Tiamzons’ arrest.

The same month as the arrest, 72 rebels surrendered, followed by another 97 in May.

Zagala attributed the recent surrenders to the disillusionment of the NPA members, particularly those recruited from indigenous communities “because of undelivered promises.”

The former rebels will receive cash grants from the AFP in exchange for the firearms they surrendered to authorities.

Some of the returnees also received support packages including an initial cash assistance of P15,000 and a livelihood assistance worth P50,000 from the Office of the Presidential Adviser on the Peace Process.