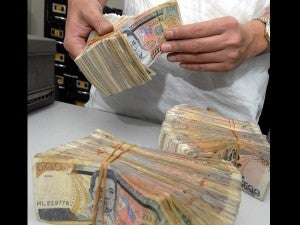 MANILA, Philippines—A bill seeking to give Filipino centenarians a P100,000 cash gift hurdled the appropriations committee in the House of Representatives on Wednesday.

The committee approved the substitute measure for the bills seeking to honor centenarians by giving cash gifts and additional benefits and privileges.

The bills want to grant centenarians a P100,000 cash gift as well as a letter from the President of the Philippines congratulating the senior for his or her long life.

The centenarian would also be given a plaque of recognition by the municipal or city government.

One of the bill’s authors, Albay Rep. Edcel Lagman, said around 7,000 centenarians were living when the bill was filed in the 15th Congress.

The panel amended the substitute bill to say the appropriation would be sourced from the budget of the Department of Social Work and Development.

The President junked the bill because of a provision proposing a whopping 75-percent discount on goods and services for the centenarians.

The 75-percent discount would not be tax deductible for business owners and the President said this “exceeds the usual mark-up rate of most businesses and will obliterate profit margins and result in capital loss.”

Lagman blamed the Senate version of the bill since it jacked up the discount to 75 percent from 50 percent in the House version.

Estimates of the National Statistics Office put at 7,300 the number of Filipinos aged 100 and above. United Nations figures put the number of centenarians in the world at 455,000 in 2009 and their number was expected to rise to 4.1 million by 2050.

Average life expectancy in the Philippines is 67 years for men and 73 for women according to government estimates.

Centenarian Act vetoed for being ‘oppressive’