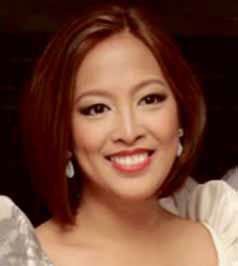 MANILA, Philippines–Makati Rep. Mar-Len Abigail Binay on Tuesday claimed that a “white paper” detailing alleged anomalies in her family’s use of pork barrel funds was being peddled to media outlets, and said she would not take such propaganda lightly.

Binay, in a statement, attributed the propaganda against her family to a “group holding office in BGC (Bonifacio Global City) and [was] being funded by brothers deeply entrenched in politics and mining.”

This was intended to pull down the chances of her father, Vice President Jejomar Binay, in the 2016 presidential election, she said.

The elder Binay has announced his plan of seeking the country’s highest post.

“They are grossly mistaken if they think I will sit idly by as they besmirch our name. One trait I share with my father, who was a human rights activist during the martial law era and a prominent opposition leader during the previous administration, is that we never back down from battles,” Mar-Len Binay said.

She said there was no evidence that any member of her family, including Sen. Nancy Binay, was involved in the pork barrel controversy.

But their detractors, she said, apparently hoped to do enough damage through illogical arguments, baseless innuendos and rehashing of previous accusations.

According to her, the supposed “white paper” contends that from 2007 to 2009, her pork barrel was used to pay for political rallies and bused-in crowds, while in 2010 and 2011, there were supposed irregularities in vermiculture projects from her Priority Development Assistance Fund (PDAF).

Binay described these allegations as “impossible.”

She said she was not a member of Congress in May 2007 and there were no elections from May 2007 up to 2009 involving a Binay family member that would require a pro-Binay political rally.

The white paper alleged the following:

— From 2008  to 2009, the newly elected lawmaker allotted a total of P12.6 million in PDAF to Kasanib Foundation, a nongovernment organization (NGO) founded by her father.

— In 2010, she allocated P15 million to Gabay at Pag-asa ng Masa Foundation for livelihood projects of her constituents in the second district.

— Her brother, Mayor Jejomar Erwin “Jun-Jun” Binay, supposedly received the fund on behalf of the city government through a city resolution.

— In the same year, she also allegedly funneled P12 million to the National Livelihood Development Center, a government corporation embroiled in the P10-billion pork barrel scam.

The amount was for the “implementation of livelihood projects (vermiculture/composting training with backyard vegetables and herbs gardening),” the white paper said.

Since 2013, the Vice President was allegedly tapping the resources of the office of his other daughter, Senator Nancy.

The white paper claimed that Sen. Nancy “realigned P300 million from her own pork barrel and other Senate savings” to the department her father heads, the National Housing Authority (NHA).

Since this alleged realignment was done after the 2014 General Appropriations Act was enacted, the “P300 million acts as an unprogrammed lump sum that Binay can draw on at his discretion. It is his personal pork (barrel),” it said, adding:

“There are serious questions facing the man who is one heartbeat away from the (presidency), and who himself has acknowledged his presidential ambitions for 2016. The fight (for) good governance is not over.”

Rep. Abi, however, said these were all lies.

Referring to the vermiculture project, she said records would show these were properly implemented and liquidated.

Binay said the group attacking her family was resorting to lies “because clearly, they have nothing else [to throw at us].”

Binay disputes political dynasty, says it’s still up to the people to decide