Source: Another convict brought to hospital with starlet and TV dancers as guests 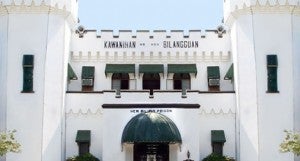 One of the inmates was convicted drug lord Ricardo Camata, alias Chacha, commander of the notorious Sigue Sigue Sputnik gang, who was rushed last weekend to Metropolitan Hospital in Manila due to lung ailment.

A police source who requested anonymity said on Monday that for two successive nights, although he did not divulge the exact dates, ‎a “starlet and television dancers” were brought inside Camata’s hospital room.

The source said in a text message that the unnamed starlet and the ‎dancers spent the night in Camata’s ward.

Colangco is the leader of the bank robbery gang responsible for heists in Pampanga in 2003 and Quezon City and Parañaque City in 2005.

On May 13, convicted drug lord Amin Buratong was brought to Medical City in Pasig City due to a “recurring coronary artery disease and a liver ailment.”

Following the reports of high-profile inmates getting special treatment inside Bilibid, ‎NBP Superintendent Fajardo Lansangan denied claims that some prisoners were treated as VIPs.

He said in a previous Philippine Daily Inquirer report that NBP’s policy allows inmates to seek medical treatment at a private hospital given that they have the capacity to pay.

After drug lord, rob gang boss gets hospital trip out of Bilibid