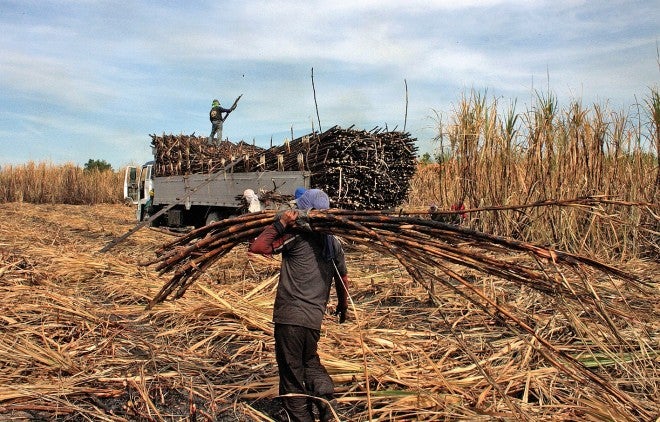 The contracts bind the agrarian reform beneficiaries to continue farming sugar and prevent them from planting other crops.

Amurao said the “real transfer of wealth and power” that was implied by the agrarian reform process for Luisita lands had been “hijacked by financiers who reconsolidated the [distributed agrarian] lands through the arriendo system.”

He said the arriendo contracts would last until 2016, which is the end of the six-year term of President Aquino, whose relatives on the Cojuangco side lost the 6,000-plus hectare estate in Tarlac province to agrarian reform.

The Supreme Court put the Luisita agrarian process into motion by canceling stock sharing in 1989 and ordering land distribution in 2012.

As of May 29, 5,896 farm workers had been installed on 6,636 lots measuring 6,600 square meters each, according to Anthony Parungao, undersecretary for legal affairs of the Department of Agrarian Reform (DAR). The lots, he said, are covered by 6,041 certificates of land ownership award (Cloa).

Parungao said he could not confirm that the planters had resorted to using contracts for arriendo.

“People refuse to cooperate with us by giving us documents to at least identify those who rent lands,” he said.

Inquirer sources, who did not want to be quoted for fear of reprisal, listed a legislator, a retired police general, a former Land Transportation Office chief and a relative of President Aquino among the arriendo contractors.

Sibayan said the arriendo system was a way to “circumvent agrarian reform while supplying the Cojuangco-owned mill with sugarcanes.”

The Hacienda Luisita Inc., the majority owner of the agricultural lands of the Cojuangcos’ Tarlac Development Corp., has not meddled nor has tried to stop agrarian reform, said retired Justice Harriett Demetriou, the company legal adviser.

Amurao and Sibayan have estimated that 70-80 percent of the more than 4,000 ha ordered distributed by the Supreme Court are rented and grown with sugarcane. Sibayan said the Cloa holders had also refused to provide Ambala copies of the arriendo contracts.

The DAR is conducting an inventory to determine how many Cloa holders farm their newly titled lands with crops other than sugar, Parungao said.