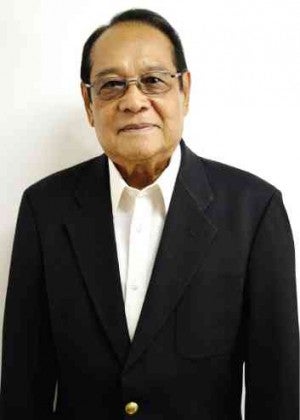 Pamantasan ng Lungsod (PLM) ng Maynila president Artemio Tuquero is once again in hot water after charges of grave abuse of authority were filed against him recently in the Office of the Ombudsman.

In her complaint-affidavit, Rolena Calinisan, chief of the PLM Human Resources Development Office, said that despite an official endorsement for the post of university vice president, Tuquero sat on her application for 10 months and then appointed another candidate.

The Civil Service Commission had previously invalidated Tuquero’s appointment as president of PLM once and, before that, had also turned down his nomination twice at the Universidad de Manila, because he lacked the requirements of the job. But Tuquero maintained that there was no appointment to be invalidated since he was elected by the boards of both universities.

Sought for comment on the new charges, Tuquero, a former justice secretary and a retired Court of Appeals justice, denied Calinisan’s claim.

“Her claim that she is the recommendee of the selection board is a big lie,” Tuquero said, adding that Marita Barrientos, who was subsequently appointed, was the candidate who got the endorsement.

The complainant is the daughter of retired Gen. Bobby Calinisan, who serves as consultant on police matters in the office of Manila Mayor Joseph Estrada.

Calinisan had asked the Ombudsman to issue a preventive suspension order against Tuquero while the investigation is ongoing of her complaint that cited oppression, gross misconduct/negligence in the performance of duty, dishonesty, grave abuse of authority and discretion on the respondent’s part.

She said Estrada had recommended her as vice president for administration after the former occupant had retired.

“After proper screening and an interview, I was found to be the most qualified applicant, so I was officially endorsed by the selection board,” Calinisan said.

But “with Tuquero’s dictatorial policy and his total disregard of civil service rules and regulations, he appointed another party resulting in my extreme embarrassment,” Calinisan said.

Tuquero said he was still waiting for the Ombudsman’s order before he could comment on Calinisan’s complaint.

“For falsely claiming that she is the choice of the selection board, Calinisan could be liable criminally for perjury and administratively for dishonesty,” he said.