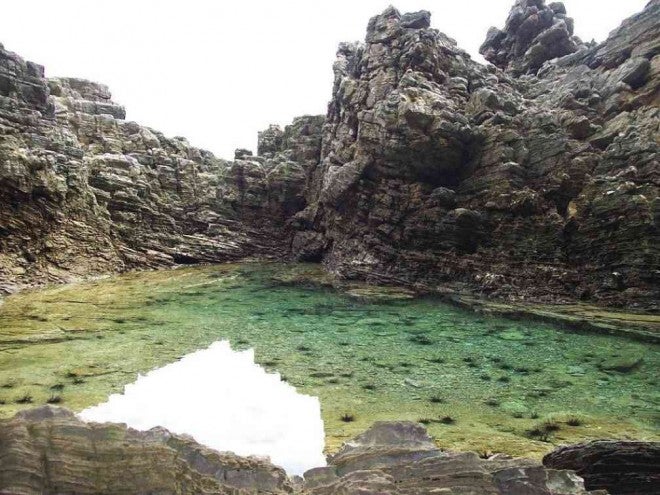 TUCKED away in the island village of Cobrador in Romblon province is Tinagong Dagat, a pool of saltwater surrounded by rocks. COBRADOR, ROMBLON, PHILIPPINES/CONTRIBUTOR

How Cobrador Island in Romblon province got its name wasn’t clear, but the villagers wouldn’t mind the question often asked of them. “No, there is no jueteng here,” they would answer.

Although it sounds the same as kubrador, the Filipino term for a bet collector, gambling, in fact, is one of the activities prohibited on the island.

Other so-called “fun” activities, such as drinking and playing loud music, are allowed only until 10 p.m. while minors are allowed to stay outdoors only until 7 p.m. as part of measures to maintain peace and order in the community.

“I was just like eight (years old) when people started calling the island Cobrador, but its old name was Naguso,“ said Cobrador village chief, Raul Mortel, 47.  Naguso is Romblomanon word for corals.

Cobrador, with a population of 983, is a little-known island village of the town of Romblon. From mainland Romblon, traveling by a motorboat takes 25-45 minutes, depending on how calm or rough the sea is.

But indeed, this 300-hectare island, surrounded by glass-clear waters, is home to an array of corals and marine resources. On one side, in Sitio Cabugaan, is a stretch of white sand beaches, and on the other, walls of rock formations.

Cobrador also remains the primary source of black marble slabs, a popular product of the province.

Today, the island is far from what it used to be. 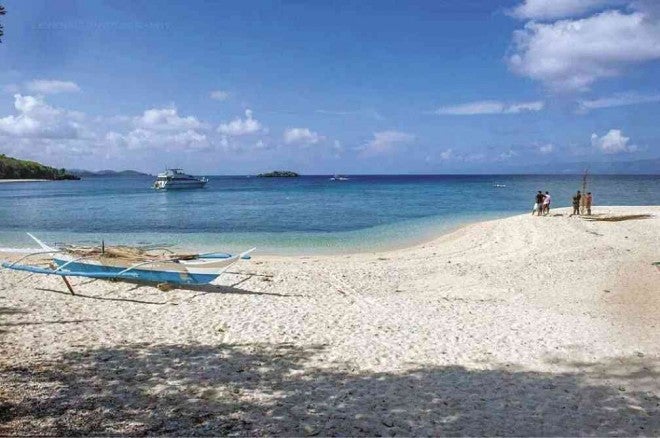 “Before, our beaches were dirty; you’d step on human feces when you walked around,” Mortel said in Filipino.

But since 2007, when Mortel was elected village chief, environmental protection has become the village officials’ agenda.

Now, garbage segregation and recycling are enforced and the majority of the households have their own toilets.

Cyanide fishing is banned and the village keeps a hectare of marine sanctuary.

“It was hard at first to introduce regulations, like the curfews, but people eventually understood its purpose,” Mortel said.

From around P650,000, the village’s annual local income has grown to 1.3 million as of 2013 due to a number of tourists coming every summer since 2011. Most of the tourists, though, are foreigners who married Filipino women from other parts of Romblon.

Still, Mortel said, life remains hard on the island that residents still opt to find jobs as security guards or mall attendants in other provinces.

The island, which never had electricity until six years ago, currently relies on power generators that run only eight hours a day. Water comes from wells or rain collectors, but drinking water is supplied by the mainland.

The village receives 300 to 500 tourists during summer. Although beach camping is allowed for free, the officials see the lack of accommodation facilities a drawback for tourism.

There is a regular two-way boat trip but only on Mondays, Wednesdays and Fridays. The boat leaves Cobrador at 6 a.m. and returns from Romblon mainland at 12 noon. A one-way fare costs P25 per head.

Nevertheless, the provincial government considers the island a viable tourism destination. It has also been included in the Department of Tourism’s promotional tour in Romblon this year.

Mortel said kababayans working outside the province are pitching in by creating Facebook fan pages to promote Cobrador.

This May, the village started promoting Tinagong Dagat, a 1.5- to 2-meter-deep pool of saltwater, separated from the ocean by large rocks, located on the eastern part of the island. It is also developing Ilaya Cave, diving and snorkeling spots, and fruit plantations for tourists to visit.

It may not have the usual beach amenities but the people take pride that Cobrador remains a virgin island, Mortel said.

Perfect for those who are after some time off from the fast-paced life in the metro.