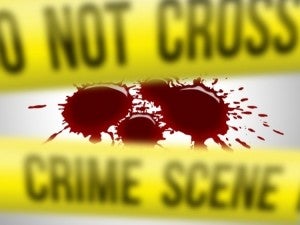 IGOS CITY, Philippines—Police here sought the help of residents in finding the killers of broadcaster Samuel Oliverio by officially releasing on Tuesday the mugshot of one of the suspects.

This developed as the formal charges against the identified gunman were filed in court.

The Philippine Daily Inquirer learned from other police sources that Cabales, also known as Taligatos, was also a suspect in the 2006 murder of Armando Racman Pace and was detained at one point.

Manalang said the manhunt for Cabales continued and that he was being sought for, not only in Davao del Sur, but in adjoining areas as well.

He said the police were hoping that civilians could help in locating the suspect.

“Once he falls, his companions will easily be identified,” he said.

Oliverio hosted two radio programs, which were marked by humorous but scathing commentaries about corrupt politicians.

He was driving home from the public market here, along with his wife on Friday, when shot by motorcycle-riding men.

Witnesses had identified Cabales as among the two men that shot the broadcaster dead.

Manalang said as of press time, the efforts to get Cabales had yielded zero-result.

“But we are optimistic he will be arrested soon,” he said.

Even as the police were busy with the Oliverio killing, motorcycle-riding men continue to attack with impunity.

On Wednesday, a computer technician said to have worked as aide to a former village official, was shot dead, just a day after a former aide of erstwhile Davao del Sur governor Douglas Cagas was killed.

Manalang said 45-year-old Joel Gonzales succumbed to multiple gunshot wounds at a hospital he was brought to after he was attacked by gunmen riding in tandem on a motorcycle early Wednesday.

He ordered police chiefs to identify these assassins and arrest them.