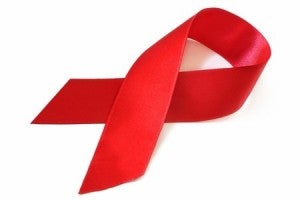 MANILA, Philippines—The Trade Union Congress of the Philippines (TUCP) called on the Department of Health (DOH) on Tuesday to declare a national emergency over the human immunodeficiency virus (HIV).

The group made the call amid an increase in cases among key vulnerable populations in the country.

“We are calling on the Department of Health to declare a national epidemic on the spread of HIV that leads to AIDS (Acquired Immune Deficiency Syndrome).

“Let us come out from our complacency and face this battle head on by fully implementing stand-by strategies in order to stop this growing burden,” said Gerard Seno, executive vice president of the Associated Labor Unions-Trade Union Congress of the Philippines (ALU-TUCP).

The labor group said a comprehensive solution to stop the spread of HIV should follow the declaration of a national emergency on the disease.

“By such declaration, government can carry out an aggressive and surefire intervention by mobilizing its massive political and economic resources in coping with the growing problem on the spread of the virus,” TUCP said.

If not adequately addressed, the labor group said the daily HIV case rate in the country could go from 16 to 32 infections.

“From our point of view, it is very obvious now that HIV threat poses a clear and present danger to our people especially on key affected populations and most vulnerable sectors. Government must now aggressively intervene before it creeps out of control,” said the TUCP.

Sought for comment, Dr. Lyndon Lee Suy, the Department of Health, said it might be too early to make such a declaration.

“We are not disregarding all concerns regarding HIV but have to look into the issue first because there are many consequences if a national emergency is declared. Before we get into that, there might be some other things we need to look into,” Lee Suy said.

Citing the DOH’s HIV/AIDS program. the health official also assured the public that the government has not been remiss in its responsibilities in fighting the HIV spread.

The DOH said it has been seriously pushing for the conduct of a mandatory HIV testing among high-risk groups, including female sex workers (FSWs), males having sex with males (MSMs), injecting drug users (IDUs), and those who will undergo operational, like pregnant women.

Meanwhile, some HIV positive patients have been insisting that there has been a shortage of anti-retroviral (ARV) drugs contrary to the assurance given earlier by the DOH that there is enough supply of the medicines.

ARV treatment is a combination of medications given to HIV-positive patients to delay the progression of the infection and the onset of full-blown AIDS.

Several HIV patients in the country are receiving free ARV drugs from the various treatment hubs all over the country.

The Global Fund to Fight Aids, Tuberculosis and Malaria, was the primary source of the free ARV supplies for infected individuals like those in the Philippines.

One of the patients, Boy Positibo, a 25-year-old resident of Quezon City, claimed that the lack of ARV supply, particularly Tenofovir,  prompted him to switch to another ARV, Zidovudine, which used to make him anemic.

“It’s difficult to switch meds because of side effects. Each tablet has its own side effect, you  just have to find what suits you,” he said. “Before Tenofovir I took Zidovudine but I had anemia, so I switched to Tenofovir. Now I had to switch back to Zidovudine because of the lack of supply of Tenofovir.”

He said he was told by his doctor that the switch was just temporary while waiting for the supply of Tenofovir.

Boy Positibo, who was diagnosed as HIV positive in September 2011, said he knew of several other members of the HIV community in the same situation.

He added that the usual three-month AREV supply of a person living with HIV (PLHIV), was cut down to a month or even a 15-day supply.  He said he started experiencing the shortage about three months ago.

“As far as the HIV community is concerned, there is a shortage kasi hindi sya nakakarating sa amin (the medicines do not reach us),” Boy Positibo said, adding that they couldn’t get the ARV drugs — being commercially unavailable — anywhere else.

“I understand that the DOH is doing their best, but please also understand that our life depends on those tablets. We just want to alarm the government so that next time, it won’t happen again. I hope the DOH will take cognizance of the hassle of going back and forth at treatment hubs just to get medication,” Boy Positibo said.

In a previous interview, Lee Suy assured that the problem has been addressed.

“Actually it didn’t reach the point of having a shortage. Based on our guidelines, we should be maintaining a certain level or amount of the medicine. It almost got to that point, but it has already been addressed,” he said, explaining that problem stemmed from the delayed delivery of the supply.

“[The problem] was more on logistics, but it’s not a major concern. We have enough medicines,” Lee Suy added.

But in an interview on Tuesday, Lee Suy pledged to check on the reported shortage of ARV drugs.

“I will check on that because as far as I know we have already provided the medicines and there is no problem as far as the supply is concerned. I would have to validate the report,” Lee Suy said.

Read Next
Vitangcol claims it is not his duty to disclose relation with MRT bidders
EDITORS' PICK
Metro Manila to remain under COVID Alert Level 2 until December 15
IATF tightens border control, suspends entry of fully vaxxed nationals from ‘green’ countries
Legarda: Ending Violence Against Women, a cause for all
Duterte open to making jabs mandatory; Cabinet mulls ‘pressuring’ the unvaccinated
Villar Group gears up for AllValue Shopping Party on Dec. 3; around P 1-million promos and discounts up for grabs
A delightful blessing!
MOST READ
Quiboloy warns of ‘much worse than Omicron virus’ if his ‘persecution’ is not stopped
Omicron poses ‘very high’ global risk, countries must prepare–WHO
Bongbong Marcos’ conviction in tax case not a crime involving moral turpitude — lawyer
IATF tightens border control, suspends entry of fully vaxxed travelers from ‘green’ countries
Don't miss out on the latest news and information.