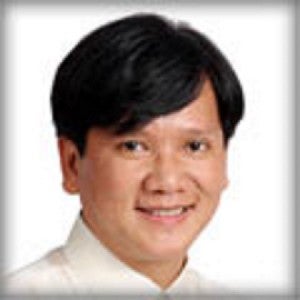 MANILA, Philippines—Quezon City Rep. Winnie Castelo has opposed the inclusion of a right to reply provision in the freedom of information (FOI) bill, saying it would be better to have a separate law for it.

Castelo said the FOI bill already contained a number of complicated provisions and adding a right to reply provision would only dim its chances of passing in the House of Representatives.

A right to reply law would mandate mass media outfits to give the same space or airtime to parties who felt they were maligned in news reports.

Lawmakers, particularly those who were implicated in the P10-billion pork barrel scam, have been egging the House leadership to revisit the proposed right to reply bill.

Castelo said Congress should enact the FOI bill first before proceeding to a right to reply measure.

“The FOI bill has been pending for quite a while. Congress has to ensure the nation that it would enact it in a year or two,” he said.

Castelo said that while he was against any move by Congress to legislate the editorial policies of media outfits, the right to reply must be debated upon as a separate legislative measure.

Deputy Speaker Giorgidi Aggabao, who represents Isabela, broached the idea of revisiting the right to reply bill after he was included in the list of legislators implicated in the fund misuse scandal based on digital files provided by principal whistle-blower Benhur Luy to the Inquirer.

“We never realized its significance, but what is happening is that when public officials are flayed left and right, there should be a correlative duty to bring out their side,” Aggabao said.

Read Next
Seaman’s book seeing print after long delay
EDITORS' PICK
What to watch out for when selecting a video surveillance solution
DOH says COVID-19 cases plateauing, but public shouldn’t be ‘complacent’
House energy committee chair Arroyo bats for cheap electricity
Unleash the photographer in you this World Photography Day with vivo smartphones
23,000 cops to be deployed nationwide for school reopening
Look Through: The fate of impounded stray dogs
MOST READ
Sharon Cuneta asks for prayers for friend in ICU who suffered silent stroke
Light therapy could be the answer to your sleep problems
Korina Sanchez reunites with former ABS-CBN co-anchors Julius Babao, Cheryl Cosim
PBA: San Miguel ousts Meralco to arrange finals duel vs TNT
Don't miss out on the latest news and information.