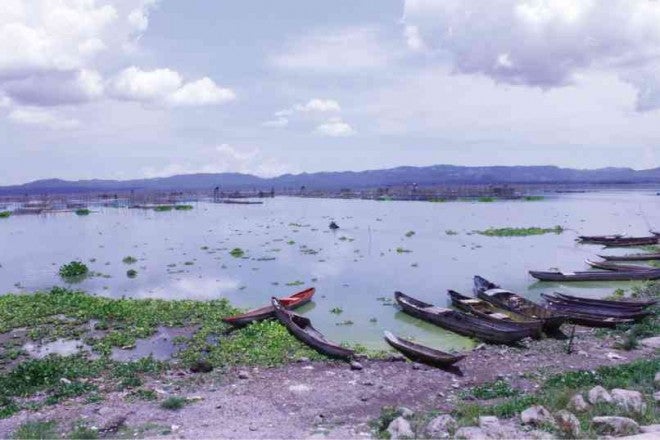 The fish kill that started on May 7 in Lake Bato in Bato town, Camarines Sur province, is affecting 70 percent of more than 18,000 fish cages. JUAN ESCANDOR JR./INQUIRER SOUTHERN LUZON

NAGA CITY, Philippines—The Bureau of Fisheries and Aquatic Resources (BFAR) in the Bicol region has declared that the incident of tilapia dying in Lake Bato in Camarines Sur province is not a case of fish kill but part of the normal life cycle of cultured tilapia.

Nonie Enolva, BFAR-Bicol information officer, said on Saturday that technical personnel of the BFAR-Bicol Fish Health Management and Diagnostic Laboratory who were sent to the site reported that the water analysis performed in Lake Bato on Friday revealed that the supposed fish kill was a normal occurrence in commercial fish cages.

The incident is just the “normal, gradual mortality [rate] of cultured tilapia,” she said.

The incident in Lake Bato was seen by fish cage owners and operators as an expected effect of the hot weather on tilapia stocks, said Enolva, quoting local fish cage operators interviewed by the BFAR on the site.

The figures given on Wednesday by the municipal agriculture office (MAO) of Bato town on the supposed fish kill were “bloated” because the MAO “has not received any report on the extent of damage from the fish cage operators themselves,” she added.

Bato municipal agriculturist Alejandro Pili earlier reported that 70 percent of 18,770 tilapia fish cages in Lake Bato were affected by the fish kill, damaging some P52.5 million worth of tilapia stock.

Enolva explained that the summer heat prevailing over the Philippines caused spikes in water temperature and a decrease in water level in Lake Bato, which led to the death of tilapia.

The BFAR analysis of the water in Lake Bato revealed that its water temperature was within normal limits and that the surface temperature was only 1.3 degrees Celsius above normal.

However, the report also revealed water depth ranges of 0.8 to 1.6 meters, the lowest water levels recorded this season.

The BFAR also conducted a water analysis on Lake Buhi, another lake in Camarines Sur’s Rinconada area that is used to culture tilapia, and found no similar incident there, Enolva said.

These Rinconada lakes are where 90 percent of tilapia in the Bicol region are produced at an average of 3 to 8 metric tons per day, she said.