PH among happiest countries in the world—Gallup poll 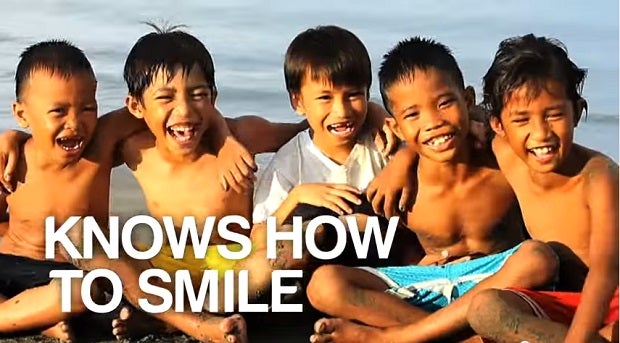 Screengrab from the Department of Tourism official Philippine AVP

MANILA, Philippines—Despite  calamities in 2013, the Philippines is among the happiest countries in the world, according to Gallup’s “positive experiences” index.

Among the  138 countries surveyed, the Philippines tied with Indonesia  and Thailand with a  score of 80 in Gallup’s “Positive Experience Index.”

This is despite super typhoon “Yolanda” and other calamities that ravaged the country in 2013. Yolanda has claimed over 6,000 lives when it hit Central Philippines.

Gallup polled 138 countries in 2013 by asking a thousand adults in each country whether they experienced a positive emotion in the previous day.

Paraguay has been leading the poll three years in a row.

Meanwhile, the least happy country is Syria, which is faced with a civil war between rebel forces and President Bashar al-Hassad.
The report said seven in 10 adults worldwide experienced “lots of enjoyment, laughing or smiling a lot, feeling well-rested, and being treated with respect…”

The report added that a majority or 51 percent said they “learned or did something interesting the day before.”

According to the United Nations, the Philippines ranked 92nd of 156 countries in its happiness index from 2010 to 2012.