27 killed in clashes in Yemen’s northwest 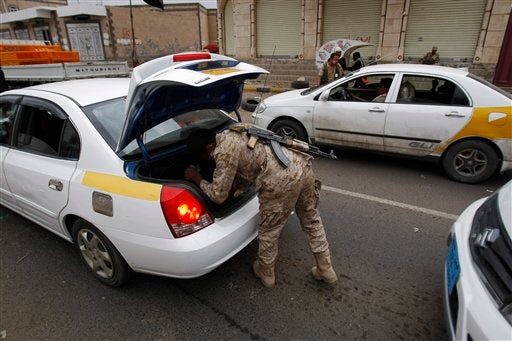 A Yemeni soldier checks a car at a checkpoint in a street in Sanaa, Yemen, Monday, May 12, 2014. A suspected U.S. drone strike in southern Yemen killed several al-Qaida militants on Monday, military and security officials said. AP

It is not immediately clear what ignited the fighting.

They spoke on condition of anonymity because they were not authorized to speak to journalists.

A six-year insurgency in the north led by the Hawthi tribe, in northern Saada province, along the Saudi border, officially ended in 2010. But the group has recently clashed with Sunni ultraconservatives.

The Hawthis, who belong to the Zaydi sect, a Shiite branch, accuse the Sunni ultraconservative of trying to spread their school of thought in their strongholds. Mediation efforts and cease-fires have failed to end the tension in the area.