Aurora solon: People wouldn’t trust me if I was involved in scam

MANILA, Philippines—Amid allegations that she received commissions from alleged pork barrel scam mastermind Janet Lim-Napoles, Aurora Representative Bellaflor Angara-Castillo turned to her constituents, saying they would not continuously patronize her if she was involved in any anomaly. 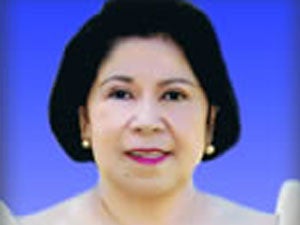 (Would the people elect me seven times in a row if I committed any wrongdoing?)

The congresswoman said she “was really so surprised and so mad” when she read the Philippine Daily Inquirer (PDI) report, listing her among the lawmakers that supposedly dealt with Napoles-linked non-government organizations.

The list was from Luy, Napoles’ former employee who has turned whistleblower and principal witness to the alleged misuse of the Priority Development Assistance Fund (PDAF).

Her first foray into politics was in 1995 as the representative of the lone district of Aurora. She was a member of the House of Representatives for three terms until 2004. She was also the first woman to become House majority floor leader. After another three terms as governor of Aurora, Castillo returned to Congress in 2013.

The congresswoman said all of her projects had been completed and there were no requests for any commission from her allocated funds.

In the PDI article, Castillo was mentioned as one of the two lawmakers in Luy’s list that had “fully implemented projects.”

Castillo, who is also a lawyer, said she will file charges against those who spread misinformation about her.

“Whoever is involved in this wrong and malicious information (will be sued),” she said.