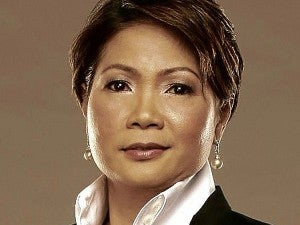 “I deny and denounce any imputation or suggestion that I benefited in any way from the PDAF funds facilitated by Mr. Benhur Luy. I have not ever met Mr. Luy, Ms. Janet Lim-Napoles or anyone from JLN Corp., and certainly have not received any gift in any form from their company. More broadly, over the course of more than three decades as a journalist, I have never received any gift from any party in exchange for any kind of consideration in my news coverage.

“For the record, the Philippine Daily Inquirer (PDI) should be aware that, in the period of 2004 to 2008, over which time PDI reports that Mr. Benhur Luy and a certain Mr. Mon Arroyo supposedly facilitated disbursements to media personalities, including supposedly to me as a member ‘of Probe Team,’ I was no longer part of the esteemed media group. I was already six years out of Probe as of 2004, to be exact.

“I deny any knowledge of the supposed ‘representation expense’ incurred on my behalf by Mr. Mon Arroyo, as mentioned in the PDI report.

“I denounce the reckless inclusion of my name on a list that has no legal legs to stand on. Luy’s supposed record is largely hearsay; the reporting of such as anything even remotely truthful not only casts grave doubt on my person and professional integrity, but on that of the very institution of the press of which the Inquirer is part.

“In particular, PDI’s wanton, liberal and matter-of-fact treatment and use of the word ‘payout,’ in the context of the above passage and that of every media person’s name so far uttered by Luy and printed by the Inquirer, is dangerous. It recklessly disregards the full context of what Mr. Luy claims but cannot prove, nor even claim to know. At best, Mr. Luy can only attest to his dealings with Mr. Arroyo. PDI’s reportage leads its readers to a perilous leap in the narrative, not only irresponsibly taking Luy’s notes as factual but extrapolating his personal knowledge to establish a direct relationship between him and the media persons whose names Mr. Arroyo had merely dropped, when clearly Luy himself has yet to claim such knowledge.

“The current climate and appetite for news on the PDAF scam calls on all journalists to not only be aggressive and tireless in ferreting out facts, but to also be circumspect in every purported piece of information or data exposed, volunteered or surrendered by our various sources. Media is allowed and empowered with that mandate to clarify, rather than confuse, matters for the public, and at the very least to separate speculation from fact.

“I would urge our colleagues in the PDI to have that much respect for its own readers and the larger Philippine public. The search for truth demands that news organizations demonstrate that they at least know the basic difference between loose words and established fact, and be responsible enough to at least qualify when one is spewed and the other is not quite really there.

“Beyond that, by all means, let the chips fall where they may. We—and I—continue to encourage all our institutions (the media included) to continue the quest for truth and justice.

“I would welcome my own organization’s inquiry into this matter. I assure our colleagues and the Filipino audience that, as journalists, we will continue to hold ourselves to our highest calling and to our most stringent ethical standards.”