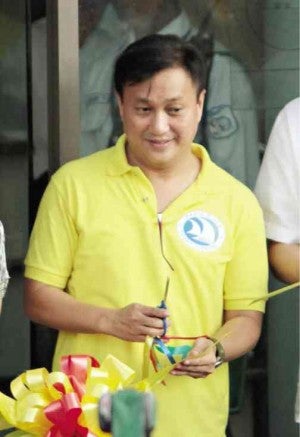 “I will suggest to the tripartite committee (supervising ferry operations) to meet again this week and slightly adjust the fares so they would not be that high,” Tolentino said on the MMDA’s weekly radio program.

The committee—composed of the MMDA, the Department of Transportation and Communications and the Pasig River Rehabilitation Commission— approved a fare matrix last week, after almost three weeks offering free rides.

The MMDA chief said he was open to lowering the P50 fare for long-distance trips, citing complaints from passengers who had found it too high.

Tolentino surmised that most of the people taking the ferry from Pinagbuhatan to Guadalupe still needed another ride to reach their destinations. “Some of the commuters going to Guadalupe, for example, still have to commute to Cubao or the Makati central business district,” he noted.

But the official said the minimum fare should remain at P30, noting the rising fuel cost incurred by the ferry’s private operator.

“The P30 for short distances, I think it is just right because gasoline prices have just increased,” he said.

Officials of the private operator, Orient Craft, could not be reached for comment Sunday regarding Tolentino’s statement.

The MMDA chair also disclosed that the tripartite committee was considering giving a 20-percent fare discount for students, senior citizens and persons with disabilities.

The eight ferries operated by Orient Craft currently service six routes from Guadalupe in Makati, to Pinagbuhatan in Pasig and Escolta in Manila from Monday to Friday.

Despite the business failures of past operators, the MMDA pushed for the revival of the Pasig River ferry service to offer alternative modes of mass transport, in view of the 15 major infrastructure projects that are expected to worsen traffic in Metro Manila in the next two years.