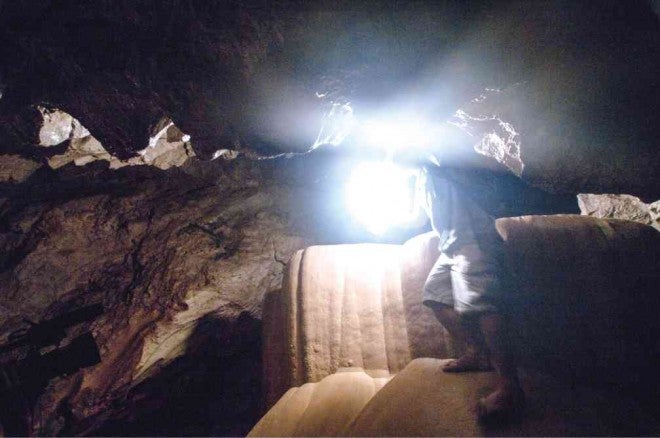 TOURISM is a major industry in the Mt. Province town of Sagada, which has declared itself to be a peace zone where armed rebels and soldiers are not welcome. RICHARD BALONGLONG/INQUIRER NORTHERN LUZON

BAGUIO CITY, Philippines—Villagers searched the mountains of Sagada town in Mt. Province for New People’s Army (NPA) camps on Wednesday so they could dismantle them, their contribution to peacekeeping efforts in their resort town.

Mayor Eduardo Latawan said Sagada is a peace zone and is off limits to all armed groups. The search was launched to prove that rebels are no longer present in the area, which would remove any justification for the Philippine Army’s presence in the tourist town, Latawan said in text messages on Wednesday.

“We needed to prove there are no rebel camps, so the Army need not come here,” he said.

Had the villagers encountered a rebel camp, they would have talked the rebels into leaving Sagada, Pangod said.

He said the area is near the Bomod-ok Falls which is frequented by tourists.

In August last year, government soldiers launched military operations and bombed the area to drive away a rebel group encamped there.

Police records showed that the most recent clash between police and the NPA in the area happened on March 29.

Villagers who inspected the site found only a logger’s camp and foxholes dug by policemen.