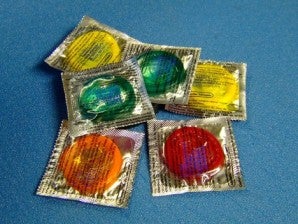 MANILA, Philippines—A Catholic bishop from one of the areas worst-hit by supertyphoon Yolanda (Haiyan) has criticized some foreign aid organizations for giving out contraceptives such as condoms and birth control pills to victims in Eastern Samar.

Borongan Bishop Crispin Varquez said on Wednesday that instead of doling out contraceptives, they must focus on providing what the typhoon victims have been needing the most, like livelihood and food.

“We must be extra careful in dealing with NGOs, which promote artificial reproductive devices,” warned Varquez. “They are taking advantage of the vulnerability of the victims,” he said.

According to Varquez, more than six months after “Yolanda” pummeled Eastern Visayas, one of the strongest typhoons on record—the victims are still suffering from lack of food supply, permanent shelter and livelihood.

The farmers and fishermen in the affected areas in the region were among those who badly needed livelihood assistance from the government and aid organizations, he added.

The prelate urged the clergy, particularly those in typhoon-hit parishes, to encourage their parishioners to reject artificial contraceptives given to them by aid agencies, which he did not identify.

According to CBCP News, the official news service of the Catholic Bishops’ Conference of the Philippines, among the visible aid agencies in Eastern Samar is the United Nation Population Fund (UNFPA).

It said that following the typhoon, the UNFPA rolled out information campaign on birth control services in Eastern Visayas to address unwanted pregnancies and the possible spread of sexually transmitted diseases as victims tried to get back on their feet.

“Let us teach our people to accept assistance for shelter and livelihood but refuse their promotion of artificial reproductive devices,” urged the Varquez.

He added, “It is our moral stand that the survivors still have the right to health and life. The artificial reproductive devices are threats to such rights.”

The Catholic Church continues to oppose the distribution of artificial contraceptives to Filipino couples despite the controversial reproductive health (RH) law already upheld by the Supreme Court except for a few provisions.