Vandals on the loose in summer getaway Palaui 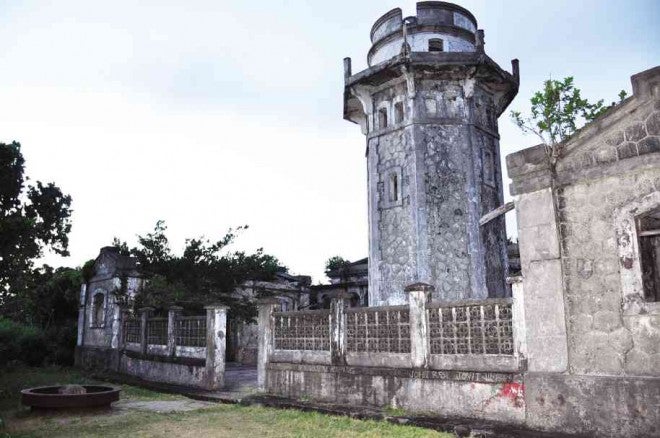 FARO CABO de Engaño, an 18th century lighthouse standing on top of a hill on Palaui Island, is under siege from vandals who have been defacing the structure with graffiti. MELVIN GASCON/INQUIRER NORTHERN LUZON

SANTA ANA, Cagayan—Some visitors to this town’s ecotourism destination of Palaui Island have been spoiling its natural beauty, alarming residents who have been left to protect their community against degradation.

“It is sad that a lot of people are so irresponsible that they defy all the rules and our pleas to take care of the island. It’s about time we put teeth to these regulations,” he said.

Palaui Island is a terrestrial and marine protected area under Proclamation No. 447 issued on Aug. 16, 1994.

Gagote said they lack the manpower to police the 2,439-hectare island against vandals.

The number of visitors here has grown four-fold since the start of the summer season this year.

“We also have [members of the] Philippine Navy around but still, they, too, cannot watch over every person who comes to the island,” he said.

When the Inquirer visited Palaui Island on Friday, pieces of trash—plastic bottles, empty cans and plastic wrappers—were strewn in some

areas, including the hilltop surroundings of the Faro Cabo de Engaño located on the island’s northern tip.

“Those were normally left behind by tourists who come to the island but skirt being accompanied by our guides because if they had one, the guide would not let them do that,” said Gagote, who heads the 56-member tour guide association here.

The ruins of the 18th century lighthouse, including what used to be the personnel quarters and a power house, has also been defaced by graffiti, mostly scratches etched on the concrete surface.

The Inquirer tried to reach Benjamin Tumaliuan, Cagayan Valley regional executive director of the Department of Environment and Natural Resources, who heads the Protected Area Management Board for Palaui Island, but he did not take calls made to his mobile phone on Tuesday.

But Joyce Jayme, public relations officer of the Cagayan Economic Zone Authority (Ceza), which comanages the island, said the “unfortunate” incidents involving “unguided tourists” all the more highlight the need for everyone to do their part in managing visitors to the island.

Gagote said they were “pleasantly overwhelmed” by the influx of tourists this year and were aware about protecting the island against abuse and degradation.

Visitors are required to hire tour guides for P350 and are barred from gathering plants or hunting wildlife.