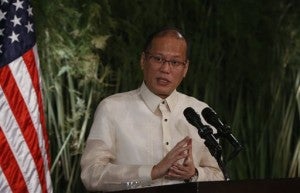 BACOLOD CITY, Philippines—President Benigno Aquino III will inaugurate the first commercial scale solar plant in the Philippines in San Carlos City, and a road and bridge in Sagay City on Thursday.

The President is expected to be in San Carlos City Thursday morning for the inauguration of the power plant, and in Sagay City at about 2 p.m.

The 22-megawatt P1.9-billion solar plant in San Carlos City is already operational and connected, and will begin supplying power to the Visayas Grid starting Wednesday (May 14), according to Jose Maria Zabaleta Sr.,  San Carlos Solar Energy Inc. chairman, in an interview with the DAILY STAR.  Officials of the he Department of Energy and the Energy Regulatory Board would be in San Carlos City to watch the rites, he said.

Afterwards, the President will leave the province via the Bacolod Silay Airport, according to the governor.

Zabaleta has described the solar farm in the San Carlos economic zone, as the largest in the country to date.  It could help improve the Visayas grid’s power supply, Zabaleta said.

The plant in San Carlos would not be oil-based and would help conserve the country’s foreign exchange and the environment, he said.

Meanwhile, the new P335-million Himogaan Bridge and road to be inaugurated by the President wouldcut travel time from Bacolod to the Sagay City proper by 15 minutes, the governor said.

Ubiquity, the first call center locator at the Negros First Cyber Center, will move in at the end of May.

He did not say when the inauguration of the facility will be.

But even with the additional classrooms, NOHS would still be short of 20, which the national government should address, he said.