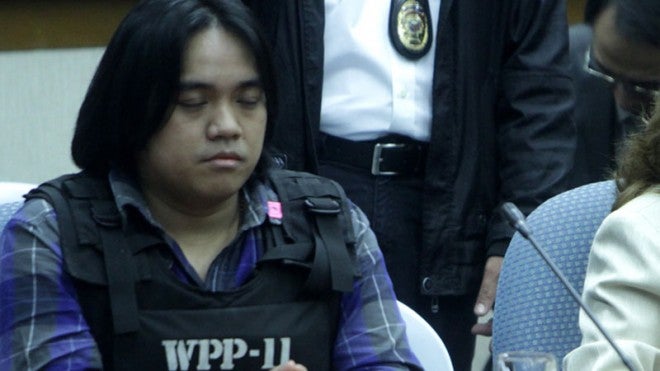 MANILA, Philippines—By the time the pork barrel scam was exposed last year, the public funds described in the digital records of Benhur Luy as proceeds of “sales” far exceeded the estimated P10 billion that allegedly landed in the various bank accounts of Janet Lim-Napoles, her companies and their subsidiaries.

The amount was culled by the Inquirer from more than 500 special allotment release orders (Saros) for more than 100 lawmakers, including former and current members of the Senate and the House of Representatives, on the hard disk drive (HDD) containing records of Napoles’ business transactions.

The digital records of Benhur Luy, Napoles’ finance officer before he turned whistle-blower, were made available to the Inquirer when his family visited the Inquirer on April 27, 2013. The records showed Napoles had access to not less than P1 billion kept in placements, foreign currency and savings accounts.

Napoles’ husband, Jaime, a former Marine major, contrary to reports that he was not a part of his wife’s activities, received a commission of P200,000 from a DA project in 2005.

The records were so meticulous they covered anywhere from purchases of lanzones and McDonald burgers to a car for boxing icon Manny Pacquiao’s rumored girlfriend.

— Napoles purchased $4.1 million in one day in 2006 and sent it abroad to buy properties and finance activities of her daughter who was residing overseas.

— The money used to purchase the foreign currency, including British pounds, was withdrawn from bank accounts of nongovernment organizations (NGOs) controlled by Napoles, which were depositories of projects funded by the congressional Priority Development Assistance Fund (PDAF).

— For every inspection of the Department of Transportation and Communications, which sometimes happened twice a month from 2004 to 2006, the inspector received P20,000 “SOP.”

— Energy and Regulatory Commission Chair Zenaida Ducut, before and after she was appointed as ERC head by then President Gloria Macapagal-Arroyo, served as the top agent of Napoles both in the Senate and the House.

— Ducut’s media blitz when she was appointed as ERC chief was paid for by Napoles.

— Napoles gave a check for P345,000 to Mario Lim as donation for a classroom in China.

— Napoles’ transactions were a family affair for some lawmakers. Regular clients were father and son, mother and son, wife and husband, siblings, brothers, cousins and in-laws.

— Pauline Labayen, a senior staff member of Sen. Jinggoy Estrada, signed communications to regional directors of the Department of Public Works and Highways informing them of allocations for farm-to-market roads funded by PDAF.

— A P3,000 purchase of lanzones by Catherine May Santos, a member of the staff of Sen. Ferdinand Marcos Jr., was entered in the pork books.

— Napoles allocated P275,000 SOP for the Commission on Audit and the Ombudsman given through her lawyer Freddie Villamor on Jan. 30, 2006.

— P2 million worth of shares for 20 percent of Commander Shoppers Drug care of Alice Villanueva.

— Napoles’ payment for the purchase of jewelry in hundreds of thousands of pesos also came from bank accounts of NGOs that were depositories of PDAF funds.