First of a series 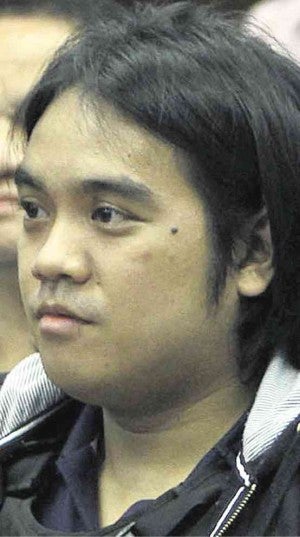 MANILA, Philippines—When they came to the Inquirer on April 27, 2013, the parents of Benhur Luy—Gertrudes and Arturo—gave us a hard drive containing the complete files of their son while in the employ of their cousin Janet Lim-Napoles as her finance officer.

The Luys, together with Benhur’s siblings Arthur and Annabel, came to the Inquirer to ask for help for their son to expose the plunder of people’s money by Napoles and her highly placed clients in the government.

Napoles knew that Benhur kept complete records of her transactions upon her strict instructions.

Surrendering the laptop containing the business transactions of JLN Corp., where Benhur was finance officer, was the condition set by Napoles and her brother Reynald Lim for his family to be allowed to see Benhur after they allegedly illegally detained him on Dec. 19, 2012.

On March 22, agents of the National Bureau of Investigation’s Special Task Force rescued Benhur from the Napoles condominium unit in Pacific Plaza Towers in Taguig City.

What Napoles did not know then was that Benhur had made a backup file on the hard drive where amounts of kickbacks given to lawmakers and other government officials were recorded in detail.

The Inquirer discovered that close to 200 people, including lawmakers, department heads, a former Supreme Court justice, popular media personalities, heads of government-owned and -controlled corporations, government employees of various agencies, local government officials, lawyers, military officials, show-biz personalities, employees of the Senate and the House of Representatives, and private individuals received money from Napoles based on the records of Benhur.

Kickbacks were handed out using various methods—through bank fund transfers, checks, cash delivered to their houses or picked up at the JLN office in Discovery Center in Ortigas, Pasig City, the Benhur records also showed.

Other places indicated as venues for deliveries of kickbacks were hotels, restaurants and coffee shops.

Some legislators received kickbacks in foreign currency, the files showed.

The records further showed that Napoles knew some of the personalities of other equally questionable organizations, which were also beneficiaries of hundreds of millions of pesos from some legislators.

Benhur’s records were among the evidence submitted by the National Bureau of Investigation to the Office of the Ombudsman as part of the evidence in plunder cases filed against Senators Juan Ponce Enrile, Ramon “Bong” Revilla Jr., Jinggoy Estrada and 74 others.

Other sources of scams

Benhur’s records showed that apart from the estimated P10-billion Priority Development Assistance Fund (PDAF) allocations and the Malampaya Fund, other public funds were also sources of kickbacks for the lawmakers through Napoles.

Budget for members of the Commission on Appointments and media blitz of some government organizations were also financed by Napoles.

It also contained records of Napoles’ properties and houses, payments of club shares, bank accounts, security and treasury bonds, and the JLN Corp. minimal payments made to the Bureau of Internal Revenue.

The records also have detailed information on how much and when and how Napoles sent millions of dollars to the United States to purchase properties and finance the lifestyle of her daughter abroad.

The hard drive also contained names of guest lists for Napoles parties like the JLN office anniversary, wedding anniversary and other family celebrations.

It also contained songs for Mass and photos of Benhur with friends.

Benhur, speaking through his lawyer Raji Mendoza, explained that those who transacted with Napoles involved “rebates or commission.”

Benhur, through Mendoza, was informed of the Inquirer’s decision to release the content of the hard drive.

“We hope that the release of the records of my client will be the catalyst that will challenge public officials to be more circumspect in the use of public funds,” Mendoza said.