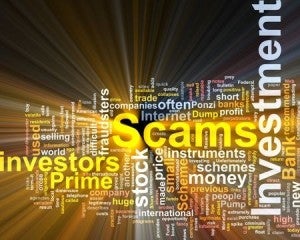 MANILA, Philippines—Two hours after the arrest of Abigail Pendulas on Friday, a man offered police P100 million in exchange for the release of the wife of Manuel Amalilio, the alleged brains behind the P12-billion pyramid scam that victimized 15,000 people in the Visayas and Mindanao two years ago.

Chief Insp. Melvin Montante, head of the Central Luzon police intelligence division, said Thursday that the bribe was offered through SPO1 Jose Santos, one of the arresting officers.

Police arrested Pendulas in a bar in the City of San Fernando in Pampanga province at around 11 p.m. on Friday on syndicated estafa charges filed in Iligan City, Misamis Oriental province, by five complainants seeking recovery of P29 million they had lost in the pyramid scam.

“My men said she was shaking when they were about to interview her. She passed her [cell] phone to [SPO1] Jose Santos. The caller, a man who did not identify himself and who spoke in Tagalog, first offered P100 million. Then he told Santos, ‘Name your price,’” Montante said.

The man did not call again.

Pendulas, 26, allegedly a coconspirator in the pyramid scam, is detained in the regional police headquarters at Camp Olivas in San Fernando.

“She is not the millionaire that they have been trying to portray her to be,” Cui said by telephone.

Pendulas was arrested a year after information came that she had gone into hiding in Central Luzon.

Police said they had difficulty tracking her down because she had a “nose lift” and assumed a different name.

The scam supposedly led by Amalilio, president of Aman Futures Group Philippines Inc., was uncovered in 2012.

Amalilio was arrested in Malaysia last year for passport fraud. He remains jailed there.

Montante said Pendulas refused to speak to investigators about her role in the pyramid scam, in which investors were lured to invest money with the promise that they would get their investment back within eight days with up to 60-percent profit.

As in the Ponzi scheme, the investors in the pyramid scam were paid from the investments of other, unsuspecting victims.

When Amalilio ran out of new investors to pay off his old investors, the scam collapsed and he fled to the Malaysian state of Sabah in northern Borneo.

He was arrested there in January last year and was about to be deported to the Philippines when a Malaysian court ordered that he stand trial in Malaysia.

Amalilio was sentenced to two years in prison.

As for Pendulas, Montante said she would be turned over to a Department of Justice detention center in Manila soon.