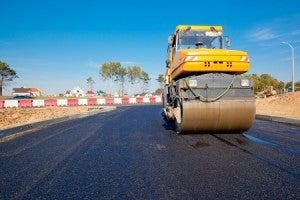 MANILA, Philippines — Starting next year, the Department of Public Works and Highways will build roads with thicker concrete pavement to make them “more durable” and give them “better riding quality.”

Public Works and Highways Secretary Rogelio Singson said in a press statement Thursday that under the agency’s proposed 2015 Infrastructure Program, concrete pavements will have a minimum thickness of 280 millimeters (11.02 inches), thicker than the average 250-mm (9.84-inch) thickness of arterial and secondary roads at present.

“Where appropriate, pavements will be 300-mm thick (nearly 12 inches), which is similar to the road thickness applied in the Efipanio de los Santos Avenue (Edsa) reblocking activities as the DPWH works to make our highways more durable and with a better riding quality,” he said.

The agency plans to spend P253.91 billion on road construction and rehabilitation projects in 2015 and 2016, the last two years of the Aquino administration.

This year, the DPWH has set aside P129.4 billion for the rehabilitation of the remaining 15,872 kilometers of gravel and unpaved arterial roads all over the country.

Singson noted that under what he called the “revised design standard” for national roads, “steel dowels will be used in all transverse joints” of arterial and secondary roads. Steel dowels are inserted to secure or hold concrete components together in a fixed alignment.

“The dowels should be 36 mm in diameter and coated with grease or bitumen to prevent corrosion. The provision of dowels will prevent the occurrence of unregulated cracks in transverse joints of concrete pavements due to dimensional changes in the slab and repeated passage of vehicles,” the DPWH head explained.

He said the “increasing annual daily traffic and axle loading for trucks and trailers called for building thicker road pavements.”

Earlier, Singson said the department would prioritize rehabilitation over preventive maintenance in the preservation of the country’s road network.

In a report, the DPWH said it would continue “improving the smoothness of national highways through improved construction processes, tighter supervision and quality assurance during the roads’ construction stage.”

The agency’s other priorities in 2015 and 2016 include the following: pavement of the remaining gravel and roads nationwide; replacing all timber and bailey bridges with concrete or steel structures; implementation of better drainage along primary roads to ensure a longer lifespan; and improvement of flood control and other climate change adaptation measures.