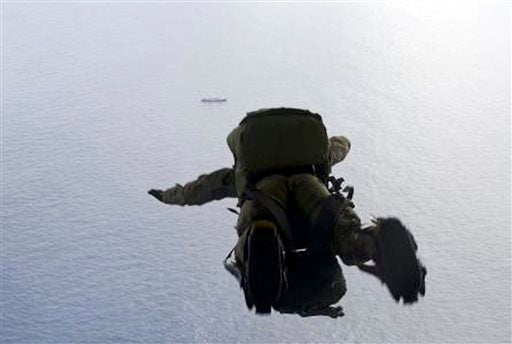 In this May 3, 2014, image provided by the U.S. Air Force, a U.S. Air Force Airman parachutes into the Pacific Ocean to aid two critically injured sailors aboard a Venezuelan fishing boat. AP

The fishermen were due to arrive at the University of California, San Diego’s regional burn unit Monday night. Pilots flew for nine hours to recover the fishermen.

Airmen cared for the injured after parachuting into the water Saturday and using inflatable boats to reach the Venezuelan vessel.

5 in capsized boat rescued after 40 hours at sea