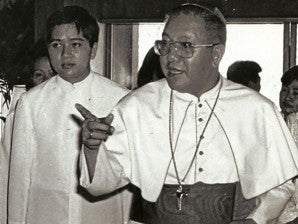 MANILA, Philippines — The Supreme Court has ruled that the family of the late Manila Archbishop Jaime Cardinal Sin was not entitled to own over four hectares of agriculture land that President Ferdinand Marcos had included in a reservation set aside for the Aklan National College of Fisheries (ANCF) in New Washington, Aklan.

In an 11-page decision dated March 26 but uploaded to the Supreme Court website only recently, the high tribunal’s First Division sided with petitioner ANCF, ruling that the Sins had failed to show that the land they had owned since the 1930s had been declared alienable and disposable by the government.

Without such a declaration, the land could not be privately owned, the court said, reversing the rulings of the New Washington-Batan Municipal Circuit Trial Court (MCTC), Kalibo Regional Trial Court (RTC) and the Court of Appeals, which had all favored the Sin family and recognized their private rights over the land.

In 1991, Sin and his siblings Salvacion, Rosario, Francisco, Maria, Manuel, Ramon and Ceferina filed a case against the ANCF for taking over three years earlier the 4.12-hectare portion and constructing a fishpond on it.

The Sins claimed the land was part of the property they inherited from their late mother, Maxima Lachica-Sin, who had bought it from a couple in 1932 and which was planted to coconut, banana, mango and palm trees.

The ANCF, however, countered that the lot was part of the 24 hectares allocated by Marcos to the school through Proclamation No. 2074 issued in March 1981.

The college head contended that the Sin lot was classified as timberland in 1960 and therefore not subject to private ownership.

In 2000, the MCTC ruled in favor of the Sins and ordered the lot segregated from the ANCF reservation. The school was also ordered to pay the Sins P3,500 annually for lost income on the land beginning in 1988 and P10,000 in attorney’s fees.

The RTC upheld the MCTC’s ruling. The school elevated the case to the Court of Appeals, which in 2003 also sided with the Sins.

The appellate court noted that the properties adjoining the Sin lot and within the school reservation had been issued titles before 1960, proving that the land was agricultural and disposable. The Sins were able to prove that they owned the land, benefited from it and paid taxes on it 30 years before it was declared a timberland.

The Supreme Court, however, ruled that the Sins’ ownership of the land was “imperfect” and that they still needed to seek judicial confirmation of their ownership as provided for under the country’s public land and property registration laws.

The Sin lot, the justices explained, was still presumed to be part of the public domain even if there was no proof of its classification before 1960 and even if it had been sold to their mother.

They agreed with the ANCF that under the Regalian Doctrine, all lands in the public domain belonged to the state and lands not appearing to be clearly within private ownership were presumed to belong to the state.

“[I]t is therefore the respondents (Sins) which have the burden to identify a positive act of the government, such as an official proclamation, declassifying inalienable public land into disposable land for agricultural or other purposes. Since respondents failed to do so, the alleged possession by them and by their predecessors-in-interest is inconsequential and could never ripen into ownership,” the court said in the decision written by Justice Teresita Leonardo-de Castro.