The case of Puerto Princesa: Time to recall the law on recall | Inquirer News

The case of Puerto Princesa: Time to recall the law on recall 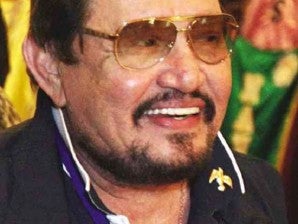 If there is anything in the Constitution that needs any tinkering it is the law on recall.

Not used to twiddling their thumbs after an election defeat, politicians use recall to stage an instant comeback. With the flimsiest of charges, they gather signatures, print catchy slogans, bus in supporters and harass the Comelec to schedule recall elections.

The role of the poll body, as far as recall petitions are concerned, is almost ministerial. All that its bright lawyers are required to do is count the number of signatures in the document, a task perhaps a current third-grader can do better. The Grade 3 curriculum now includes Advanced Math while the current crop of Comelec lawyers only had simple addition and subtraction in their time, which probably explains why many of them figure in dagdag-bawas schemes.

In short, all it takes to unseat even a well-performing but poor and honest local official are the signatures of a disgruntled or highly partisan few. Recently defeated politicians, some of whom had been in power since the Jurassic Age, would have had enough cooks, drivers, maids, gardeners, secretaries, godchildren, family members and in-laws to lend those signatures.

The recall law, while well-meaning, works more for the rich and well-entrenched politicians. They have the resources to run campaigns even if elections were held weekly. The newcomers and the poor are the most vulnerable. They can hardly afford another campaign just a year after the last one.

Recall capital of the Philippines

True to its reputation as the recall capital of the Philippines, the latest recall petition was filed in Puerto Princesa recently. After its former mayor, Edward Hagedorn, beat his first three-term limit in 2001 by getting back his old post via recall, recall has practically become a popular pastime, next to eating tamilok (shipworm), among dyed-in-the-wool  partisans in Palawan and Puerto Princesa. Immediate past Palawan governor Baham Mitra was the subject of a recall petition shortly after taking over the provincial capitol,   although the recall election itself did not materialize. Comelec failed to have the money for the recall election on time.

Carrying neatly painted “Yes to recall” placards, a motley group of Puerto Princesa residents trooped to the city’s Comelec office a few weeks ago to demand the recall of its new mayor, Lucilo Bayron.  A virtual unknown with a shoestring campaign budget in last year’s July elections, he beat a well-connected wife-nephew tandem hands down.

There are probably other recall petitions filed with Comelec across the country this early, but the case in Puerto Princesa is interesting. First, there appears to be a not-so-subtle media campaign behind it.  Second, will the former mayor again use recall to get back his old job and beat the three-term limit twice in a row?

The current recall initiative wasn’t totally unexpected, probably not even by the new mayor himself who, from day one, has been trying to make a difference rather urgently by calling his three-year term “apuradong administrasyon.”

Puerto Princesa residents feel this rush. New road constructions are ongoing. More garbage collectors and traffic aides are fielded on the streets. A list of high-profile projects, including the planned construction of a new port near the Underground River to accommodate European cruise ships scheduled to make Puerto Princesa their regular port of call in Asia, frequently flashing on digital billboards along the city’s main intersection. A cleaner Baywalk with stalls and eateries probably being told to fix or repaint unsightly tables, chairs and shades. Etcetera.

So what raised the city residents’ eyebrows was not the recall move itself but the recent rash of reports in Manila’s media outlets depicting a city crawling with drugs, criminals and stinking with heaps of uncollected garbage.

It started with a “special report” in a Manila radio station which told about the city’s supposed rising criminality, the spread of pot users in its back alleys, tourists skipping the city for fear of their lives … This was followed weeks later by another item in a Metro Manila tabloid basically repeating the litany of supposed ills besetting the “city in a forest.”

If you didn’t hear or read the reports clearly, you would have thought they were referring to Manila, Pasay City or Caloocan City, not the laidback city of Puerto Princesa.

Come to think of it. With crimes, drugs, squatting, illegal gambling and mounting garbage really happening big time in those cities in Metro Manila, shouldn’t their mayors be the first to go via recall?

Under the law, recall initiatives are supposed to be a manifestation of the people’s loss of confidence in their elected leaders. In reality, people signing these recall petitions voted the other side in the last election. So, from the outset, they never had confidence in the official they seek to remove.

And since there’s no loss of confidence to speak of, Comelec should junk these recall petitions for being invalid ab initio, to borrow most lawyers’ pet expression.

The 1986 Constitution has strong sentiments against political dynasties, which a German think tank, Bertelsmann Foundation, says are hindering true Philippine progress. But no less than the Supreme Court, using legal gobbledygook instead of common sense, has allowed politicians to get around laws meant to stop monopoly on political power.

A case in point is the three-term limit for local officials. Clearly, it is the law’s intention to stop politicians from considering a government office as if it were a personal business or a family possession. That’s the reason behind the one-term limit on the presidency. Shouldn’t it be also the case with local positions?

But the high court has interpreted the recall law to be a forced leave, as if to give long-serving politicians a long-deserved break. So it allows them to make a run for their old posts, despite the three-term limit, after they had taken a rest. That’s what it did to Mayor Hagedorn in 2001 when his first three-term limit was up.

Until last year, Hagedorn was mayor of Puerto Princesa for 21 years. If the Comelec gets the funding it needs for a recall election and he decides to run again, he could then be mayor for the next nine years and be in power for a total of 30 years.

So what are term-limits for if they can be flaunted at will?

The issue is not whether Mr. Hagedorn had been a good mayor or not. He remains a folk hero in his city for his accomplishments and high-profile anti-gambling and pro-environment advocacies. He is credited for having put Puerto Princesa on the map with the inclusion of the city’s Underground River in the 2011 Seven Wonders of Nature list. To him, the people of Puerto Princesa City will be forever grateful.

But the issue is about upholding the spirit and intent of the law.

Through collective outrage, an awakened public has just put a stop to the pork barrel system, a major  source of funding for some existing and upcoming political dynasties. The recall law, a convenient comeback tool for politicians already spurned in the last polls, should be the next to go.

Amending the constitution, of course, takes a long time. What the public, the President, and the good and reformed people in Congress can do meantime is stop  funding for any recall election.

In the aftermath of Super Typhoon Yolanda, when thousands of Filipinos remain homeless and without food, spending tax money to accommodate political whims is gross insensitivity, if not criminal.

Read Next
Water purifier no fountain of youth
EDITORS' PICK
Metro Manila now at moderate risk for COVID-19 — DOH
Pagasa: Storm Luis to exit PAR by Thursday
Peeking inside the superb night camera features of the vivo V25 series
House energy committee chair Arroyo bats for cheap electricity
POGOs not linked to Illegal online gaming, says Pagcor
Do all the things you do, faster
MOST READ
Remulla lambasts ICC chief prosecutor
Jean Garcia’s son Kotaro catches social media attention for being a V look-alike
Gov’t presses start to roll for 92 million ballots
Maxene Magalona on being asked why she has no kids: ‘It’s awkward, invasive, a bit rude’
Don't miss out on the latest news and information.