Another worker dead in Hanjin mishap 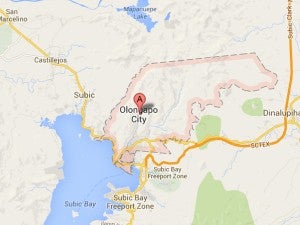 SUBIC, Zambales – A worker died from severe burns on May 1, Labor Day, in the latest accident that struck the Hanjin shipyard here, reports said.

Randy Gacos, 29, a fit-up welder at the shipbuilding facility of Hanjin Heavy Industries and Construction Philippines Inc., suffered severe burns while working in the erection section of the shipyard on Wednesday.

He died on Thursday night while being treated at a local hospital, according to reports from the militant Manggagawa para sa Kalayaan (Manggagawa).

Lobo said Hanjin had notified the Subic Bay Metropolitan Authority and the Department of Labor and Employment (DOLE) about the accident, and assured them that Finback would help Gacos’ family.

Gacos is the 37th worker to have died while working at the shipyard’s facilities since 2007, based on data from the DOLE, said Pete Pinlac, chair of Manggagawa.

In a telephone interview on Friday, Pinlac said Gacos, a resident of Camiguin Island, suffered severe burns in the upper section of his body when his “cutting hose caught fire.”

The flames quickly engulfed Gacos, Pinlac said, quoting reports that he received from other workers in the shipyard.

He said the victim was rushed to Unihealth-Baypointe Hospital and Medical Center inside the Subic Bay Freeport Zone but doctors were unable to save him.

Manggagawa has contacted Gacos’ relatives and coordinated with Hanjin officials about providing them with financial assistance.

In January, Bonifacio Palarca, 26, a welder, also died when his cutting hose caught fire and burned his body while he was working in the hull piping and outfitting section of the shipyard’s Dock 6.

Another worker died in December last year when a sheet of steel fell on him.

Another worker remains comatose after he fell from a scaffolding in January.

Pinlac said the workers’ deaths inside the shipyard’s facilities “will show that the management of the company doesn’t value its workforce.”

“These workers are not ordinary people because they are the primary economic forces of companies like Hanjin, so they should be treated with respect,” he said.

A briefing report on the Hanjin workers’ blog cited a documentation report from the Samahan ng mga Manggagawa sa Hanjin Shipyard, which observed “an alarming frequency in fatal accidents occurring at the Subic site… in the early week of March 2011.”

“In a span of almost five months, four workers died out of 27 grave accidents that occurred at the shipyard,” the report said.

“Everyday, the long line of workers awaiting treatment from the nurses on duty at the small clinic has become a living testimony to how dangerous shipyard work is,” the report said.