‘Bangus’ saga: From Dagupan to the world 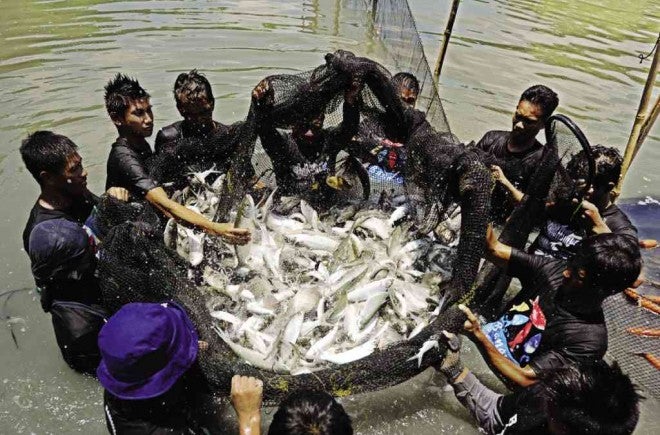 Tonight (Wednesday), thousands of residents of the coastal city of Dagupan in Pangasinan province will party on the stretch of the Dawel-Pantal-Lucao Road to cap the monthlong celebration of Bangus (Milkfish) Festival.

Thousands of bangus will be grilled in the 3-kilometer bypass road, while popular bands will perform on 10 stages along the stretch.

In the last 12 years, “Kalutan ed Dalan” (Grilling on the Street) has always been the finale of the Bangus Festival, now the biggest and most-awaited summer event in Pangasinan.

“It has come a long way,” says Sharon Maramba, tourism development coordinator of Dagupan. “We have learned from our mistakes and those learning points have helped us improve every time we celebrate the festival.”

The festival was launched in 2002 as part of the traditional Pistay Dayat (Sea Festival) celebration, the fisherfolk’s thanksgiving activity held every May 1 for the bounty of the Lingayen Gulf.

“It was also a strategy to market our bangus, which you and I know is the tastiest in the country,” says Edwin Aguirre, festival secretariat head.

To Mayor Belen Fernandez, the event has so far achieved just that—to make known to everyone that Dagupan produces the country’s best-tasting bangus.

“People know about it already. So, our target now is to sell our bangus, especially in the international market,” Fernandez says.

According to the Department of Trade and Industry, industry stakeholders have not aggressively tapped the foreign market despite Dagupan’s reputation as producer of the country’s tastiest bangus.

Dagupan produces 17 percent of the province’s total daily production of 16.5 metric tons. But except for some processed bangus brought by traveling residents to the United States and other countries, the city’s main product has not been exported yet.

Fernandez says she has organized a bangus development team to make locally grown bangus globally competitive. The team will be in charge of packaging the different bangus products for export.

“We are lucky that former Speaker [Jose] de Venecia [Jr.] put up a seafood processing plant here. We might as well maximize its use for our bangus industry,” she says. 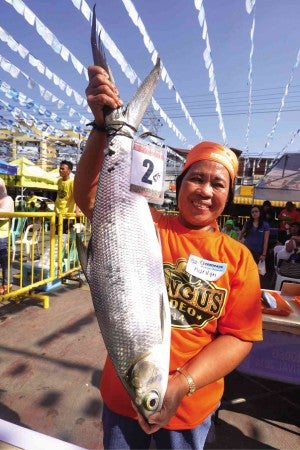 The processing complex, which was built in 2010 inside the National Integrated Fisheries Technology Development Center compound in Dagupan, has packing, heating and smoking equipment, quick-freeze and ice-making facilities, air showers, sterilizers and other sanitary equipment.

“In five years, I’m looking at bringing the bangus not only to each table of every Dagupeño outside the country but to all residents of other countries,” Fernandez says.

This year, among the events in the Bangus Festival is the Bangusine, a cooking demonstration of foreign traditional dishes with bangus as main ingredient.

“This event will help a lot because we have many international students here.

We have to be more aggressive to be more competitive with the other bangus industry all over the world,” Fernandez says.

Aside from packaging bangus for international market, Fernandez says Dagupan has been aggressive in protecting the industry by making sure that bangus stocks do not go belly up in the city’s ponds.

“If you notice, we have demolished the fish pens [in the city’s rivers]. But we still have a few hard-headed ones. We have

given them up to the end of April to remove all their fish pens,” she says.

“Why are we doing it? Because we want to give back the river to small fishermen. I’m so happy that a few days ago, when I went around the river, there was already an oyster zone put up by small fishermen.”

Fernandez says that after the festival, the Department of Public Works and Highways will start dredging the city’s rivers to make their flow faster during the changing tides.

With cleaner and fish pen-free rivers, Fernandez says she is now preparing to return the river cruise, which she now calls “island tours.”

“We will bring tourists to the city’s islands. What can they see? Very soon, they will taste maybe the best ‘lapu-lapu’ (grouper) in our place or the best ‘espada’ (swordfish), ‘malaga’ (siganid) and many others,” she says.

Dagupan, which is crisscrossed by seven rivers, boasts of island fishing villages facing the Lingayen Gulf.

“We still have a lot of work to do and I’m excited about it,” Fernandez says.