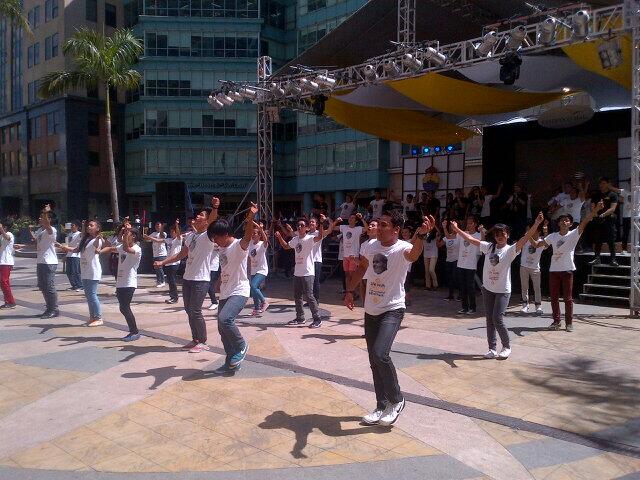 MANILA, Philippines – Tens of thousands of Catholics attended special masses across Manila on Sunday to celebrate Pope Francis’ proclamation of two new saints including John Paul II, a beloved figure in Asia’s bastion of the faith.

Archbishop of Manila Cardinal Luis Antonio Tagle led the service at the packed 16,500-seat Araneta Coliseum in the Philippine capital as huge screens beamed live images from the Vatican of the canonization of John Paul II and John XXIII.

Many of the devotees were tearful, recalling personal stories of how seeing John Paul II during his visits to the Southeast Asian nation in 1981 and 1995 had changed their lives.

“We’re so touched and blessed to have witnessed this great pope who was a part of my youth, and my religious journey,” said Mila Estrada, 46, who was among millions of students who gathered to see John Paul II when Manila hosted World Youth Day in 1995.

“He was the pope we grew up with, and whose teachings directly touched our lives,” said Estrada.

For photographer Ernie Sarmiento, seeing John Paul II for the first time in 1981 as a student was a “mesmerizing” event that cemented his future career path.

He had been assigned by the school paper to cover the pontiff’s visit to the University of Santo Tomas, Asia’s oldest and largest Catholic school.

Sarmiento remembers fumbling with his equipment as the pope started walking in his direction, regaining composure just in time to capture an image of the pope tightly embracing a student.

“I now have a straight line” to God, Sarmiento said of the new saint.

The student in the photograph, Henry Tenedero, said he had been chosen to deliver a message to John Paul II by the Manila archdiocese but military generals under then dictator Ferdinand Marcos had tried to prevent him from approaching the pope.

“I was strictly advised by the generals to go back to my chair after my speech,” Tenedero said. “I saw the Pope smiling, as if to say, ‘come here’, so I did, and then (I got) the big hug.”

More than 80 percent of the Philippines’ 100 million population are Catholics, and the Church remains a major influence on daily life.

However ordinary Filipinos know little about John XXIII, according to the Catholic Bishops’ Conference of the Philippines, one of the organizers of an upcoming display to spread awareness about the pope.

The relics of John XXIII, including a piece of his funeral cassock, will be on display in Manila in May as part of the celebrations.

Filipinos celebrate ahead of canonization of two Blessed Popes