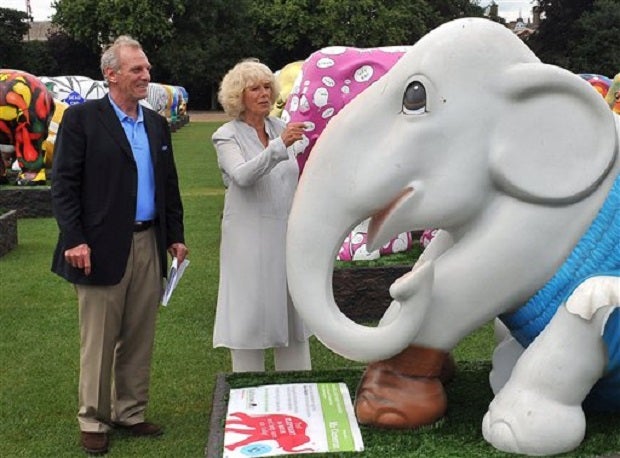 A June 24, 2010 photo from files showing Mark Shand, left, brother of The Duchess of Cornwall showing her an elephant sculpture titled Mr. Cameron as she is escorted around the Elephant Parade exhibition at Chelsea Hospital Gardens. AP FILE PHOTO

NEW YORK—The Prince of Wales and his wife, Camilla, are “utterly devastated” by the death of her brother, who fell outside a hotel bar and suffered a head injury, royal officials said.

Mark Shand, chairman of an elephant conservation charity, was in New York for a charity auction at Sotheby’s.

The New York Police Department said he had arrived at the Gramercy Park Hotel’s Rose Bar just before 1 a.m. Wednesday accompanied by a relative. He went out to smoke a cigarette around 2:30 a.m. and fell backward as he tried to re-enter through a revolving door, they said.

He was taken to a hospital, where he was pronounced dead at 11:25 a.m., police said. The cause of his death will be determined by the medical examiner’s office. 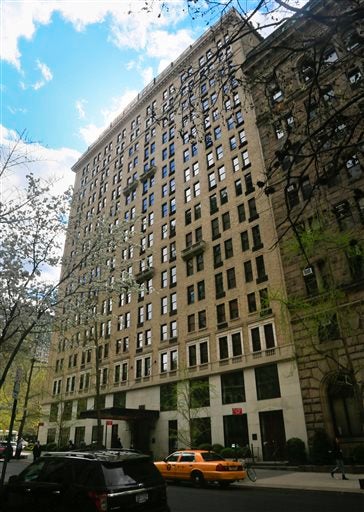 This photo of the Gramercy Park Hotel on Wednesday April 23, 2014 in New York, is the site of the Rose Bar visited by Mark Shand, 62, the brother of Prince Charles’ wife Camilla, before he fell outside its door suffering a head injury and later died. AP

Shand, 62, was known for his work as a travel writer and conservationist. He was the author of several books including “Elephant Tales” and “River Dog: A Journey Down the Brahmaputra.”

British royal officials at Clarence House said in a statement that Camilla, Prince Charles and all of her family members are “utterly devastated by this sudden and tragic loss.”

“Mark Shand was a man of extraordinary vitality, a tireless campaigner and conservationist whose incredible work through The Elephant Family and beyond remained his focus right up until his death,” it said.

Sotheby’s said it was “deeply saddened” by the news of Shand’s death and it was honored to have helped him raise money for his causes.

Police detectives were at the Manhattan hotel on Wednesday afternoon, taking a look at the locations of security cameras. A worker at a building across the street said detectives had asked if the building had any security video, which it didn’t.

A call to the hotel’s representatives was not immediately returned.

Camilla and Charles are due to go on a tour of Canada next month.

Cut off by floods, British village becomes an island