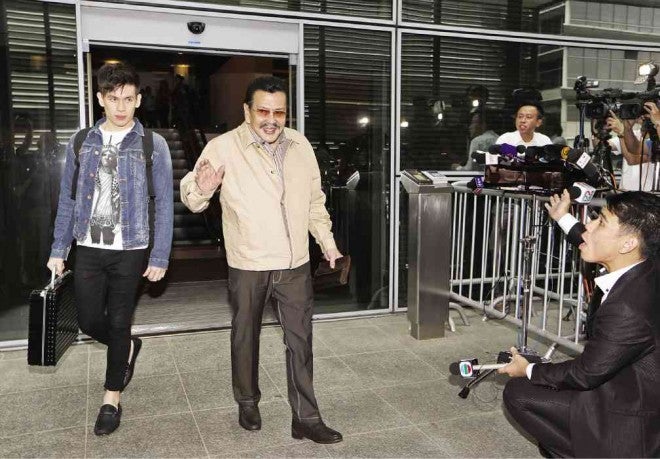 THREE-YEAR-OLD BAGGAGE. Manila Mayor Joseph Estrada (second from left) waves after arriving at Hong Kong International Airport Tuesday. Estrada came to apologize to the families of eight Hong Kong tourists who were killed in a mishandled hostage taking in 2010 which soured relations between the Philippines and Hong Kong. AP 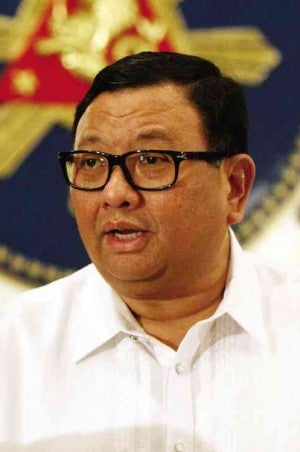 Six months after announcing his plan for the trip, Manila Mayor Joseph “Erap” Estrada flew to Hong Kong on Tuesday to deliver a formal apology on behalf of his city to the families of the victims of the August 2010 Rizal Park hostage crisis, a move demanded by the Chinese administrative region but eschewed by Malacañang.

The delegation hopes to meet Hong Kong’s chief executive Leung Chun-ying and other Hong Kong officials. It was not immediately clear if the Philippine national officials would also offer an apology.

The mishandled hostage drama left eight Hong Kong tourists dead and soured relations between the Philippines and Hong Kong. It happened during the time of Manila Mayor Alfredo Lim, whom former President Estrada unseated in the 2013 elections.

Estrada said he would offer an “apology for this unfortunate incident more than three years ago,” adding he wanted to help protect the jobs of 160,000 Filipino workers in Hong Kong.

The income from the workers is an important source of foreign currency for the Philippines, but relations have soured because of the bungled rescue of the tourists, who were taken hostage on a tour bus by a disgruntled former police officer in front of Quirino Grandstand on Aug. 23, 2010.

Estrada said he would also offer “some sort of compensation” to the families of the victims.

In an earlier Inquirer interview, the mayor spoke of a breakthrough in the talks but declined to give details lest “the agreement (be) put off again.”

“The good news is that this will be a joint effort by the national and local government,” he said.

Last year, a Manila council resolution declared Aug. 23 and July 14 as days of prayer in memory of the hostage victims. Estrada said part of his mission was to invite the victims’ relatives to come to Manila and join Filipinos on these occasions.

Hong Kong barred its citizens from travelling to the Philippines following the tragedy.  In February, the Hong Kong government started imposing sanctions on the country by ending visa-free visits by holders of official Philippine government passport. Ordinary Filipino travelers were not affected.

While Estrada as Manila mayor has previously apologized to the families, President Aquino has expressed regret but has refused to apologize, saying the tourists’ deaths were caused by the acts of a private individual and not of the state.

Estrada on Tuesday said Mr. Aquino was not at fault and that blame should be put on the previous Manila mayor who supervised the police rescue. With a report from AP