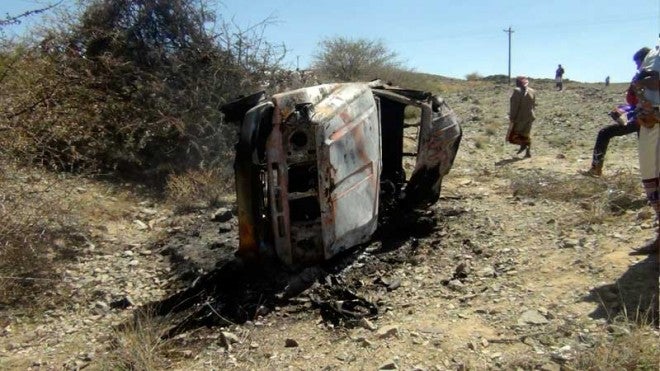 SANAA, Yemen — A high-level government security committee in Yemen says an airstrike against training camps operated by suspected al-Qaida militants in a rugged southern mountain region has killed a number of fighters.

The Supreme Security Committee, which includes the defense and interior ministers, as well as the country’s intelligence chief, did not say who carried out the attack Sunday in between Abyan and Shabwa provinces. The U.S. regularly carries out drone strikes in Yemen against its local al-Qaida branch, which Washington considers the most active in the world.

The statement was carried by the state news agency SABA. Quoting an unnamed official from the committee, the agency said those killed included foreigners and suspected leading figures in al-Qaida. It offered no casualty figures. This is the second strike targeting al-Qaida since Saturday.