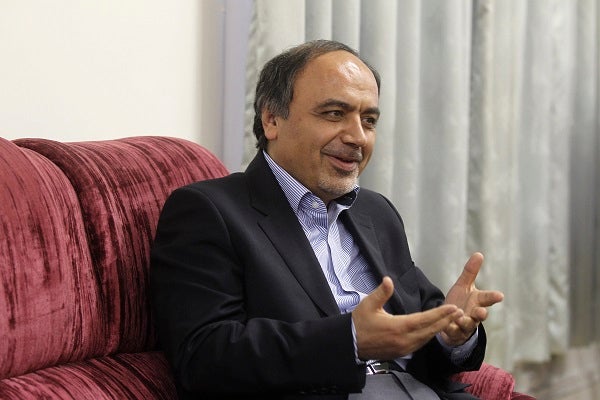 This Feb. 6, 2014 photo, provided by the office of the Iranian President, shows Hamid Aboutalebi, an Iranian diplomat, who was recently named as Iran’s ambassador to the United Nations, speaking in his office in Tehran, Iran. President Barack Obama has signed legislation aimed at blocking Iran’s chosen ambassador to the United Nations but says he’s only treating it as guidance. The unusual legislation bars anyone from entering the U.S. as a U.N. representative if they’ve engaged in espionage or terrorist activity and still pose a threat to U.S. security. It’s aimed at blocking Hamid Aboutalebi, linked to the 1979 takeover of the U.S. embassy in Tehran. AP

TEHRAN, Iran—A senior Iranian military official has urged the foreign ministry to name a new envoy to the United Nations after the United States blocked its chosen ambassador over alleged ties to the 1979 takeover of the U.S. Embassy in Tehran.

Semi-official Fars news agency also quoted Gen. Mohammad Bagherzadeh as saying Saturday that Hamid Aboutalebi should remain close to his mother because the family lost two sons during the 1980-88 war with Iraq.

President Barack Obama signed legislation Friday aimed at blocking Aboutalebi from entering the U.S. Tehran has refused to name a different envoy after Washington refused to grant him an entry visa. Iran says it is challenging the U.S. “through legal channels.” Iranian lawmakers say American opposition to Aboutalebi’s entry is a misuse of the geographical location of the U.N.

UN inspectors in Iran to visit uranium mine